Actress Laide Bakare has just announced that her 13-year-old daughter, Simi gifted her brother, a Benz for his birthday hours ago.

Sharing photos of the new whip, the single mum of three and controversial actress, Laide Bakare wrote on Instagram “From A 13 year old simi To her 9yr Brother DAMY, I’m Blessed indeed, Aliamdulilai for everything, LOVE lives in my house, i dont hunt for it anymore. Allah Be praised Always, youngest billionaire, no fake zone, multi landlady, everything organic”

In another post, she wrote “Money Truly stops Nonsense, my forthcoming Book launch is gonna surely impact your life positively{ how to make billions in 6 months) can’t to share with u simi is just 13, she just gifted her brother A Benz”

Kemi Filani recalls that this is coming barely a few weeks after she splashed millions on acquiring two luxury cars and also unveiled her N100million Mansion in the heart of Lekki; an act that has gotten many querying her sudden source of wealth.

Laide Bakare 13 year old daughter
Apparently not moved by the wagging tongues, the actress has now shut down her haters again with this new move of a Benz gift for her son, Damilare who clocked 9 this week.

Of course, mixed reactions have trailed the post with many wondering what she is trying to achieve with the all of a sudden flamboyant lifestyle. 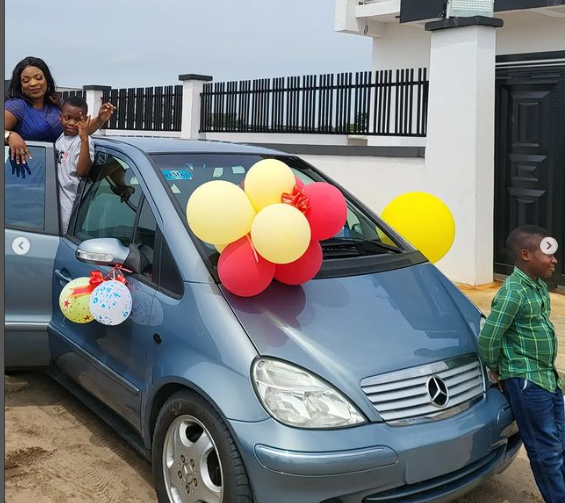 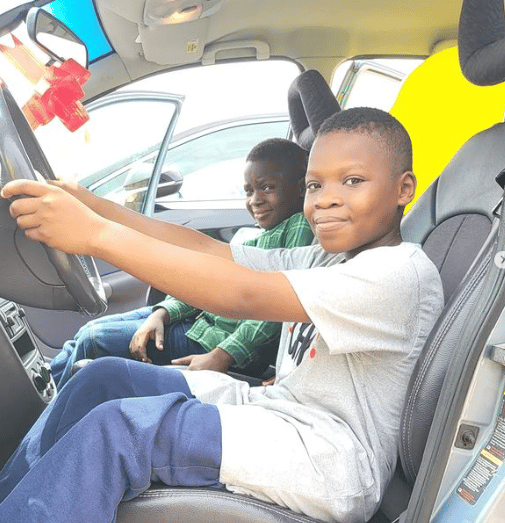 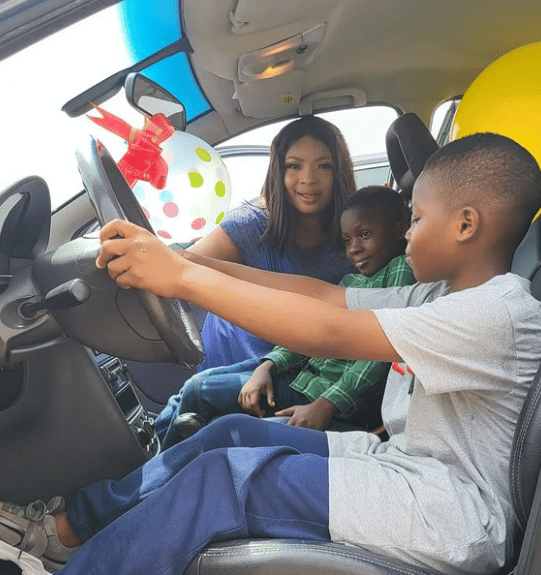 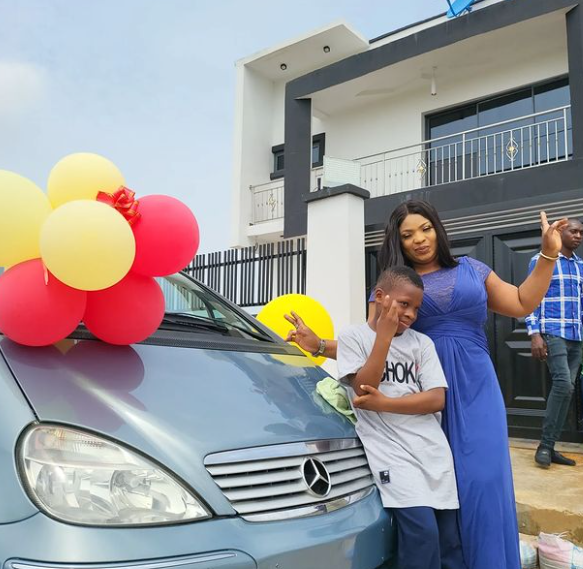 Laide Bakare blows hot, issues out a stern warning to Tonto Dikeh and others