Nollywood actress Iyabo Ojo has spoken concerning the high maintenance of her beauty amidst her alleged relationship with famous Nigerian cleric Apostle Suleiman. 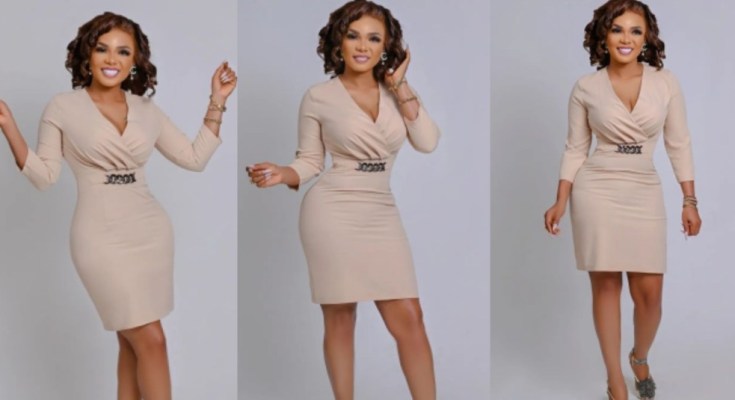 The beautiful mother of two shared classy photos of herself on social media, accompanied by a teasing and cheering caption.

She wrote: Mummy @festo_baba @its.priscy is a fine girl
Maintaining this look hasn’t been easy nor cheap…..
But I belong to the world of entertainment and showbiz, were talent, trendy fashion & beauty is essential
44 looking 22

A few weeks ago, the internet was on fire when a controversial blog disclosed the alleged secrets of Apostle Suleiman and how he supposedly involved Nollywood actresses in different s33xual relationships.

Actress Halima Abubakar fueled the rumours when she confirmed the reports on social media with alleged evidence to support her claims.

Iyabo Ojo reacted to the allegations with a video of herself in a joyous mood. She vowed that she would remain unbreakable, unshakable, and immovable.

“Omo logo 1 trillion….. unbreakable, unshakable, immovable….oya give dem….Iyabo you tooooo set for all 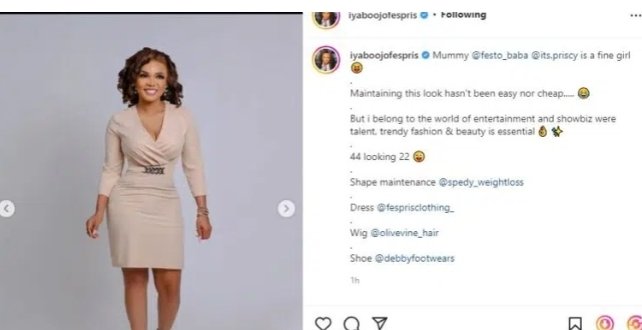