Alleged leaked audio reveals how Iyabo Ojo encouraged and tells her daughter, Priscilla Ojo to buy presents with the money she collected from Kizz Daniel and also to be smart with him because he (Kizz Daniel) just bought a house for his baby mama.

Timeofgist reported earlier that Iyabo Ojo’s daughter, Priscilla allegedly dating Kizz Daniel who is in a committed relationship with children.

According to blogger, Cutie Julls, Kizz Daniel flee to London on Tuesday, May 10 and Priscilla who was in Dubai on vacation flew in to join him in the country.
Cutie Julls also claimed that Priscilla accompanied Kizz Daniel to his Manchester show and had arrived to the venue with Kizz Daniel in his Bentley.
More details as now emerged, as Cutie Julls also reveals how Iyabo Ojo was encouraging her to buy presents with the money she collected from Kizz Daniel and also to be smart in playing her game with him because he (Kizz Daniel) just bought a house for his baby mama. 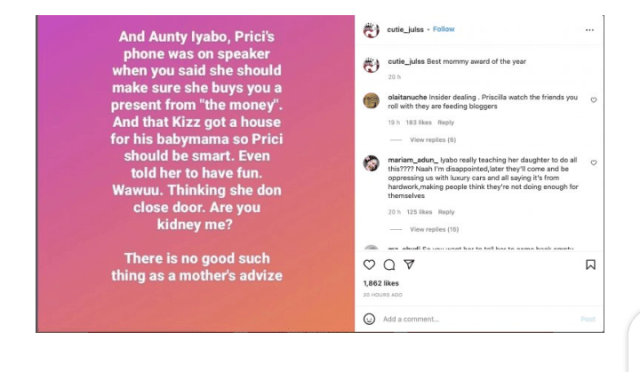 Reacting to this, social media users say that if truly Iyabo said this, she should be giving the worst mother award of the year. See some reactions below: 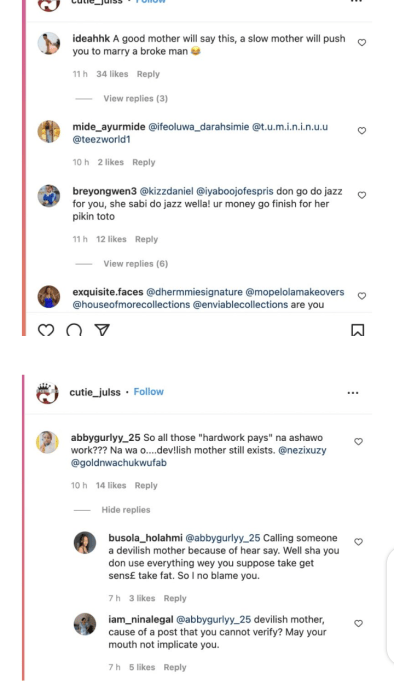 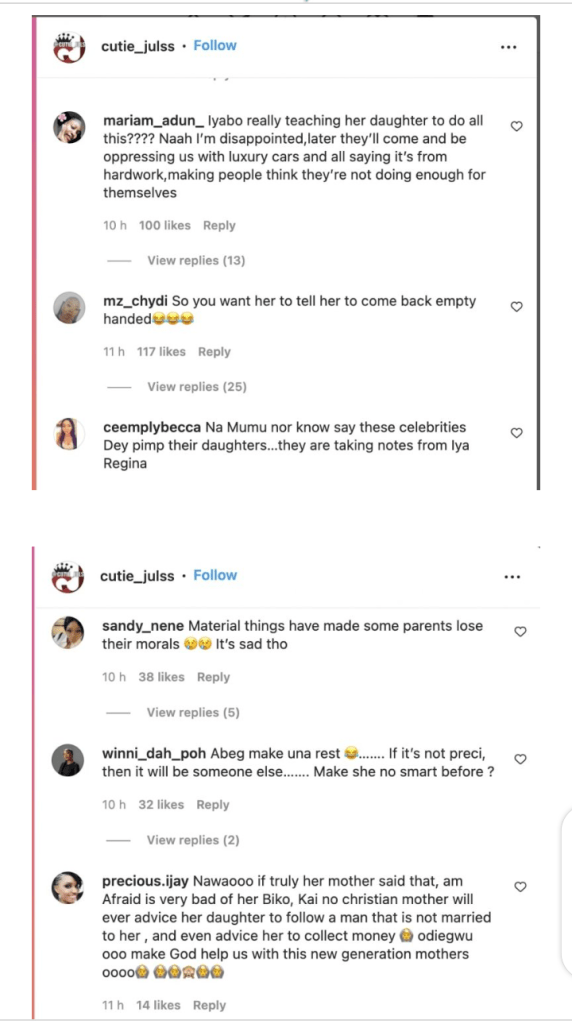 Iyabo Ojo reveals why her only daughter, Priscillia should get married before 24

“Are you trying to tell us something?” Iyabo Ojo’s daughter, Priscilla receives query as she sparks engagement rumours weeks after been linked to Kizz Daniel