The mother of Yul Edochie’s four kids revealed that her husband paid the bride price of his baby mama, Judy Austin on Sunday, April 24, however, she found out on Monday (the next day).

May also noted that she has surrendered her pains and anguish to God.

Yul had confirmed the rumours making rounds that he allegedly got his colleague, Judy Austin pregnant.

Yul Edochie who is married to May Edochie with 4 lovely kids (3 boys and a girl) welcomed a bouncing baby with his colleague turned baby mama, Judith Austin.

After a popular blog called him out, he owned up and showed off his new added family.

“It’s time for the world to meet my son.
His name is STAR DIKE MUNACHIMSO YUL-EDOCHIE. Born by my second wife @judyaustin1. And I love him so much, just as much as I love my other children,” he had written.

Yul Edochie and Judy Austin have been a pair for a while now, as he always directs movies she produce. 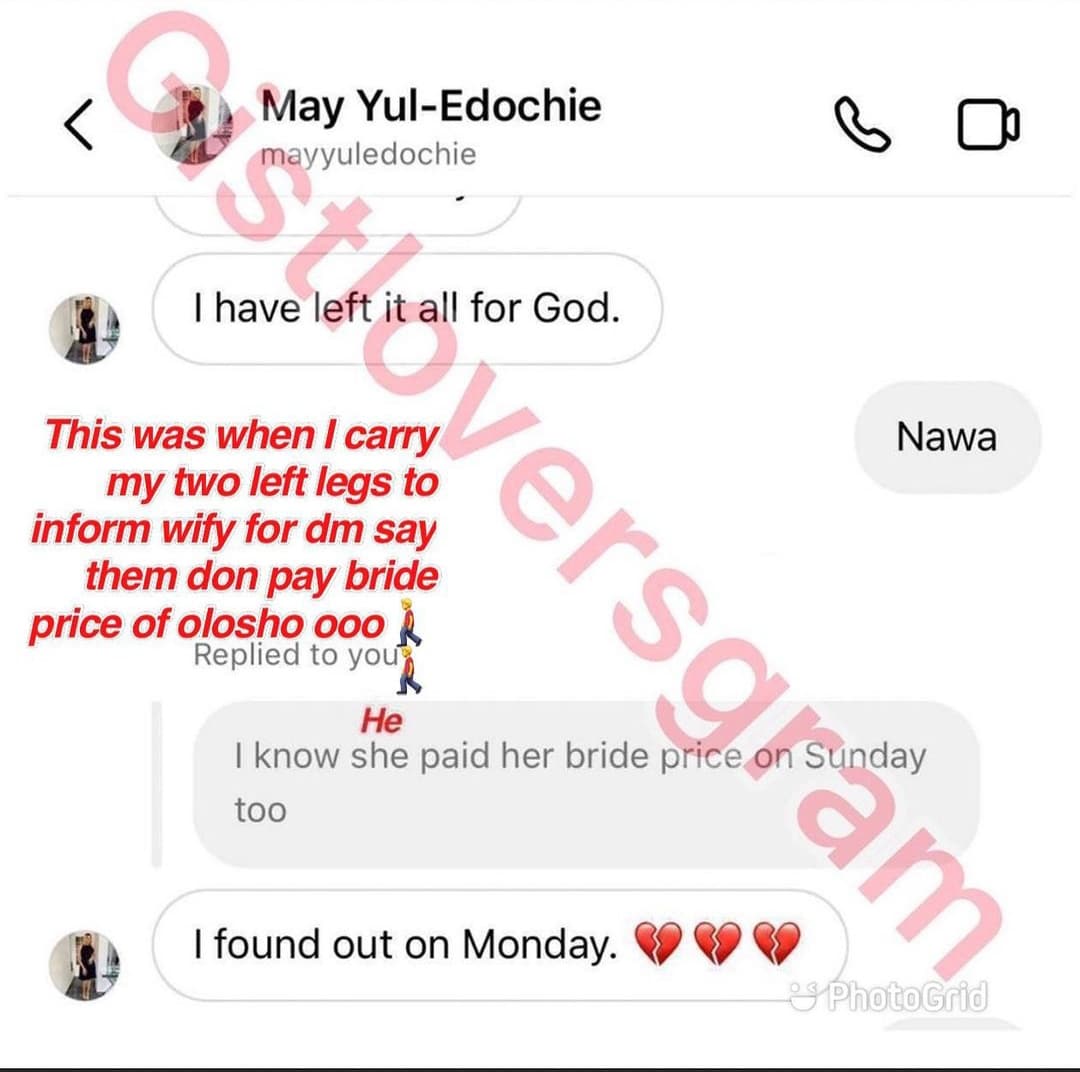 May Edochie breaks down, reveals more about Yul Edochie’s betrayal