Nollywood actress, Iyabo Ojo has blown hot on social media as she reacts to allegations that his daughter, Priscilla Ojo is dating singer, Kizz Daniel.

Controversial Instagram blogger, Cutie Julls alleged that Kizz Daniel arrived in London on Tuesday, May 10th, and Priscilla, who was enjoying her holidays in Dubai, cut short the vacation and took a return flight to Nigeria to join Kizz Daniel.

According to the blogger, Priscilla went to Kizz Daniel’s apartment and stayed with him for the entire week and this allegation by Cutie Julls has sparked dating rumors.

“Kizz Daniel got in on Tuesday, Priscilla flew in from Dubai. Went to Kizz Daniel’s booked apartment and they’ve been there together since till Kizz went to Manchester for his show. Still followed him o. Even on the night of Kizz Daniel’s show, Priscilla came in the Bentley with Kizz Daniel. In the morni was a very beautiful good morning greetings by Priscilla from Kizz’s balcony”.

Reacting to this, Iyabo Ojo took to the comment section of the post to rain curses on the Instagram user who made the scathing allegation about her daughter.

Read the translated version below:

“You’ll won’t use your hands to do good things. The god of thunder will destroy you. May the gods kill you and your generations; god of iron will bath with your blood, to everyone that wants to wage war against my children, Iyabo Ojo….. May you be amongst the losers, amen to that. You are no match for you, go back and get reinforcements.” 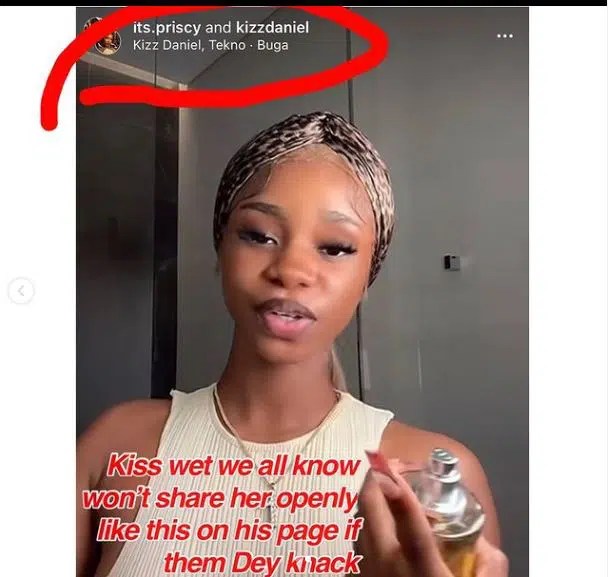 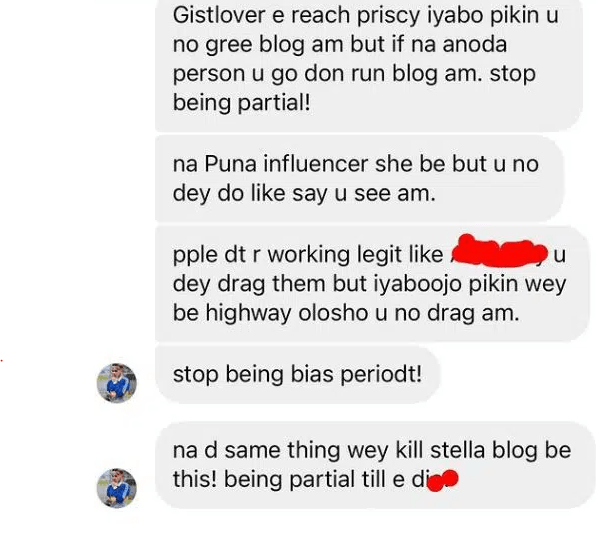 Iyabo Ojo Reacts To Allegations That Her Daughter, Priscilla, Is Dating Kizz Daniel