May Yul Edochie, the first wife of actor and presidential aspirant, Yul Edochie has thrown a subtle shade at her husband, Yul Edochie.

The mother of four took to her Instagram page to share a video of her in a happy and unbothered state as she shared a cryptic post.

Quoting a word from American singer, Lady Gaga, May Edochie advised her fans not to allow anyone dim their shine because of their blindness.

She told them to put their sunglasses on.

May wrote, “Just because it’s Saturday, no wake up alarm. “Do not allow people to dim your shine because they are blinded. Tell them to put some sunglasses on (Lady Gaga)”.

This is coming hours after Yul Edochie revealed why he went ahead to marry actress Judy Austin.

Yul and his wife, Judy Austin made headlines in April after they secretly got married without informing Yul Edochie’s main wife, May, who found out about it on social media like everyone else.

He said, “At this stage in my life, I think it is possible for a man to love two women because two women can contribute differently to the man’s life.

“Someone cannot come into your life and make so much impact and you just cannot let this person go. Of course, a lot of people would say, as a married man, why did you allow a woman to come into your life. I said it is wrong, and I take the blame for that. 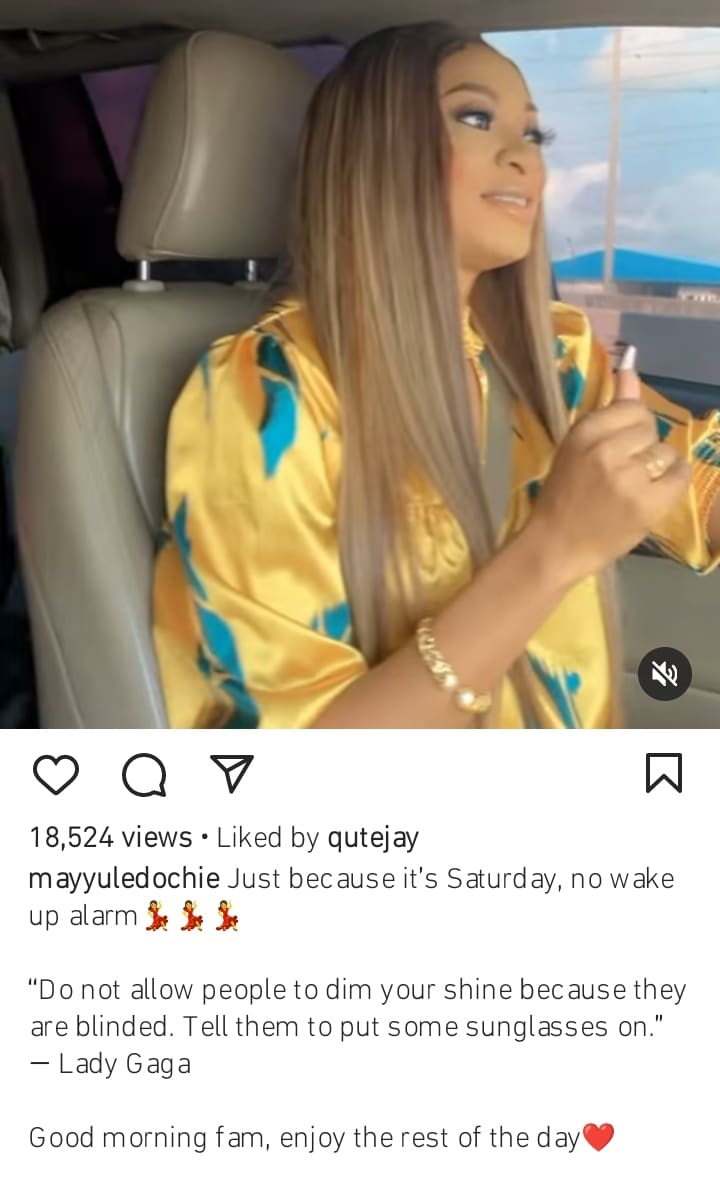 “These things happen. Let’s be honest. It happened to me. I realized I just could not let this wonderful woman leave my life.

Yul Edochie reconciles with his 4 brothers after second wife scandal

I’ve Always Been Behind The Scenes – Yul Edochie’s First Wife, May Edochie Pens Down Emotional Post