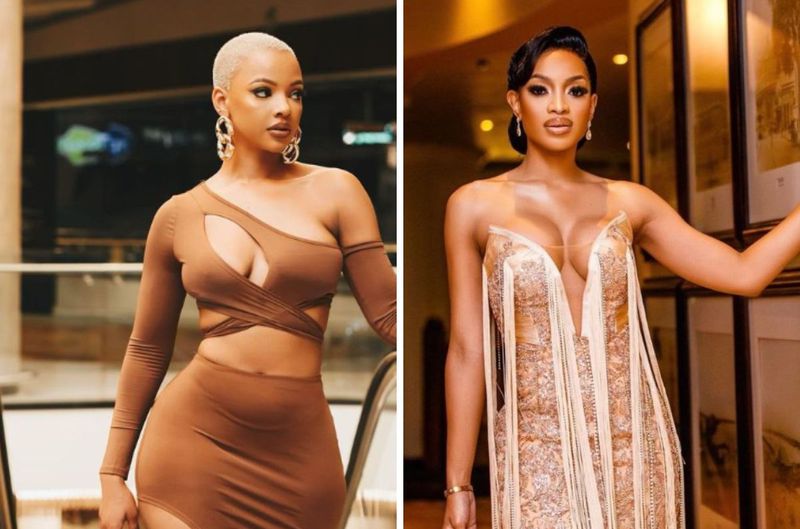 This, after the businessman, took his current bae on a trip to the same resort as he did with his wife years prior.

TWEEPS DRAG LEEROY
Mihlali and boyfriend Leeroy Sidambe, along with Somizi and his bae, are currently on vacation in Mauritius.

But like previously done, his estranged wife Mary-Jane was brought into his current love life.

Musa shared screenshots of both Mihlali and Mary-Jane in the same venue, albeit at different times.

And tweeps used the observation to throw shade at both Leeroy and his influencer bae.

@Tash53616131: “Mihlali is re-living Mary Jane’s life. She is a rebound, and this man is either trying to use her as a weapon to get to Mary-Jane. Or this guy is recreating Mary-Jane in her”

@Duanny_P: “Leeroy is giving me a movie where the wife passed away and now the husband wants a woman who he can make a replica of his wife. This is too deep and it’s not even funny”

@tseepati: “Clearly Leeroy misses his wife, I mean almost everything he does for Mimi he did it before with his wife. Screams a broken man who is hurting”

@iamtaves: “So they doing paper two of his marriage?”

TWICE AS NICE FOR MIHLALI AND MARY-JANE
It’s not the first time Leeroy Sidambe has done similar things with the women in his life.

According to Musa, the Dumezweni CEO also bought both Mihlali and Mary-Jane an Alexander Wang outfit.

It turns out the Thanksgiving event that Mihlali is heard talking about (above) is Shauwn Mkhize's Thanksgiving that took place on the 09th April same weekend as the Cassper Nyovest – NaakMusiQ boxing match.

Leeroy was also spotted posing in pics, wearing the same shirt he wore with both Mihlali and Mary-Jane.

Leeroy Sidambe wearing the same shirt he wore at an event with Maryjane and again today with Mihlali Ndamase. pic.twitter.com/3MuiZxgUvB

Mihlali mocked after bae takes her to same resort as wife

“In Igbo ‘baby mama’ does not exist, if she chooses to marry another man na her new husband, get pikin”- Yomi Fabiyi’s estranged wife gives hint