Popular Nigerian singer, David ‘Davido’ Adeleke is not a fan of female fans showing their love by throwing their undies at him. 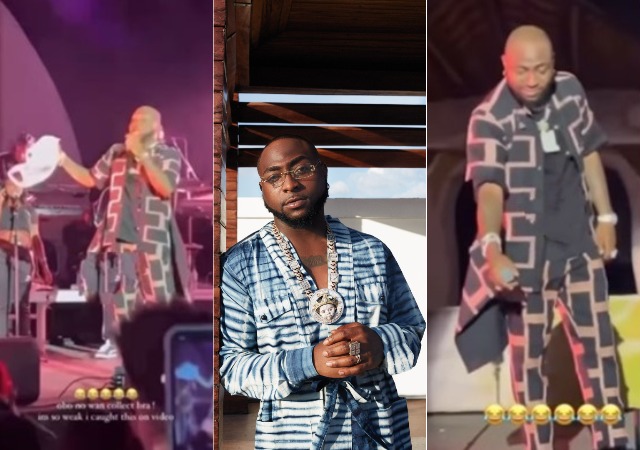 He showed this to fans during his performance at the WRBLO concert in New York, USA.

However while Davido was thrilling the audience with his songs, a lady removed her bra and threw it at the singer, but he picked it up and flung it towards the direction of his hypeman, Special Spesh.

As the show continued, another female fan dropped her brassiere at his feet, he picked it up as well and flung it for Spesh to catch again.

His action sparked hilarious reactions especially considering how his colleagues, Burna Boy, Joeboy, and Blaqbonez were very receptive when bra-throwing was done at their shows.

Popular Nollywood actor and singer, Moses Armstrong has been arrested by men of the Akwa Ibom State Police Command for allegedly def!ling a 16-year-old girl.

The national president of the Actors Guild of Nigeria, Emeka Rollas, confirmed Armstrong’s arrest during a chat with Qed.ng.

Rollas described the case as “a very serious one”.

He said it is being handled by the First Lady of the state, Martha Udom Emmanuel through her Family Empowerment and Youth Re-Orientation Path Initiative.

The AGN president added that the organisation will not condone such a crime.

Rollas said: “To get involved with a child as young as 16yrs, is not something I and the association I represent, would stand for. CONTINUE READING…

Moment Davido flung away ‘bras’ thrown at him by female fans