Photos showing Governor Nasir El-Rufai of Kaduna having a parlour play with some of his grandchildren are currently making the rounds on social media.

In a set of photos shared on Facebook by an aide to Governor Babajide Sanwo-Olu, Joe Igbokwe, El-Rufai could be seen carrying one of his grandchildren on his belly and another one with his legs.

Joe Igbokwe accompanied the photos with a caption that reads: “Gov Elrufai and his grandchildren. So lovely. Great family man.”

The heartwarming photos caught many attention as netizens react.

@Nelson Arsena wrote: “Awwwwww with this he suppose to be our next president for playing with his grand children.” 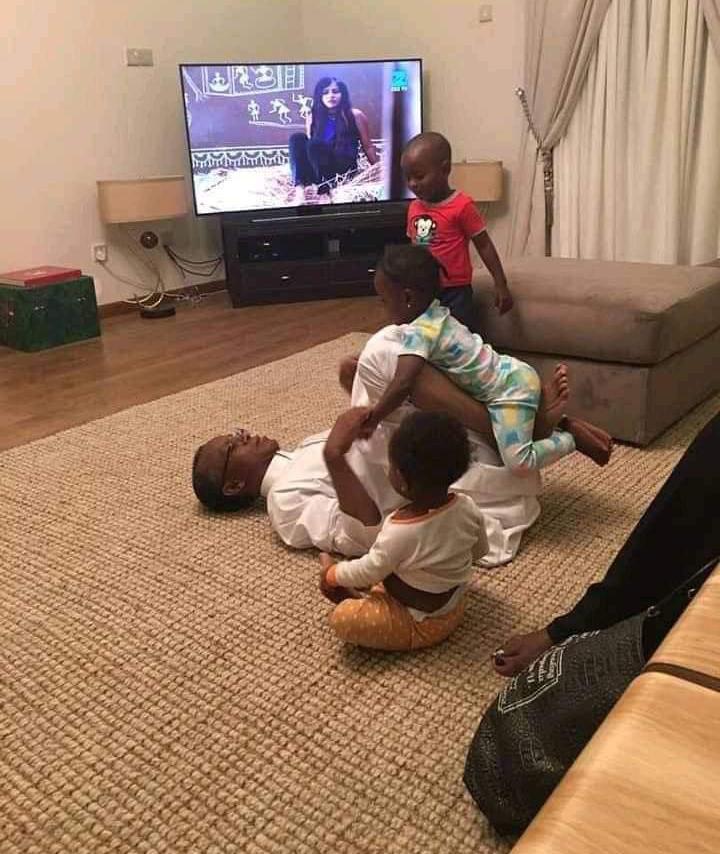 @De Essential: “I love this governor sha. We go fit try am for a term. Tinubu nor go fit bend his waist yet he go fit trek from Lagos to Ibadan. Na youth he be.”

@Dess Bars wrote: “Most of our leaders can’t perform like this. lol.”