Nollywood actress, Laide Bakare has complained about how her mother had stressed her out while trying to work on a project together.

The new Lekki Landlady took to her Instagram page to reveal how her mother stressed her out while trying to get her scene for a TikTok video.

According to her, she is the only one who knows the amount of stress her mum gave to her.

Laide Bakare wrote, “Rate my Mum’s acting skill. ME i will give her 0/100. Why About You? Na Me know the stress wey she give ME, before getting this small one self”.

News recalls Laide Bakare shared photos of her mother pray for her.

Like how every African mother does, Laide Bakare’s mum prayed for her and the house.

In a video uploaded by the actress, Laide was on her knees as her beloved mother heaped prayers on her.

Sharing the video online, Laide Bakare described her mother as her replica.

She noted how she had been making her mother proud since she was a teenager.

Laide wrote, “My MUM MY REPLICA being making her proud since Teenage years I love you mummy. Thanks for pushing me Always”. 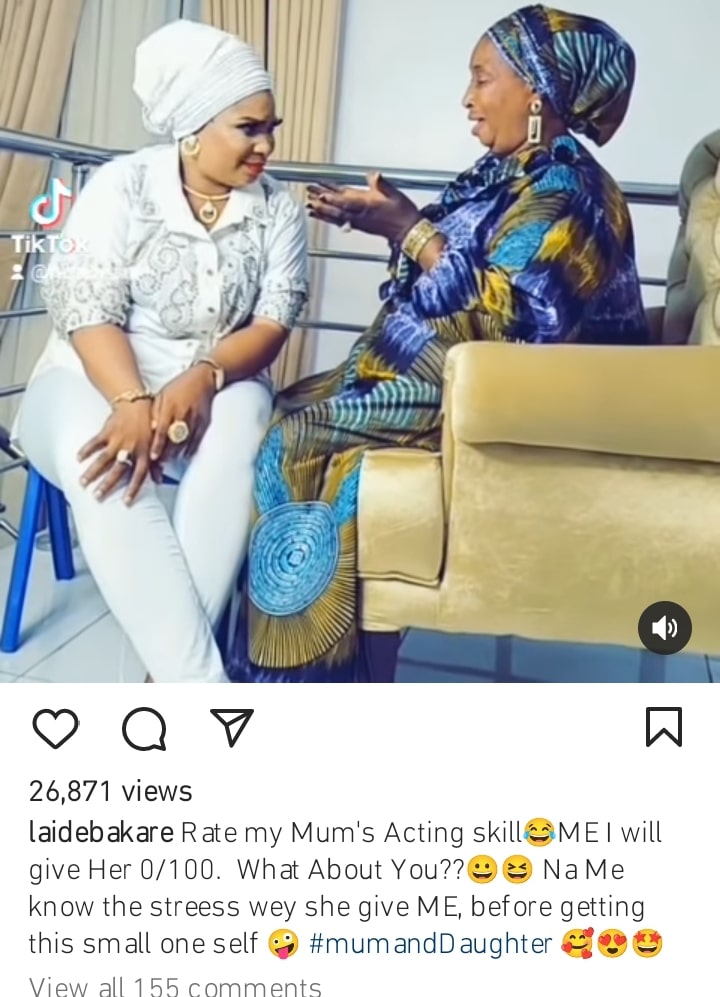 SEE ALSO   ‘My wife has never frustrated me in the 16 years of our marriage, but…’ Actor Yul Edochie