The Nigerian movie industry is mourning once again as veteran Nollywood actor, Sir David Osagie has kicked the bucket.

The death of the popular Nollywood actor is coming few days after actress Chi Bernards passed away after she slumped and died while cleaning a church in Enugu State.

The news of the demise of Sir David Osagie who is notable for playing the role of a king in most Nigerian movies was announced by a colleague actress, Ezeh-Bosah Ngozi Florence via her official Instagram page.

She wrote: “…I hate to say this but we have lost another Nollywood king, Sir David. He wasn’t sick, it just happened. How do we explain this, another loss in Nollywood. Oh Lord have mercy. Rest in peace Sir Dave 💔💔💔💔💔💔💔”

Fans and  lovers have taken to social media to mourn and also send their condolences to David’s family and friends at the same time. Screenshots below. 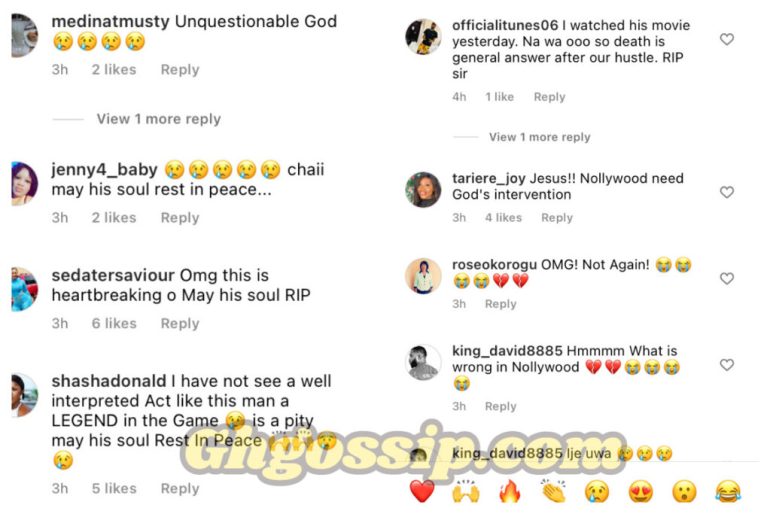 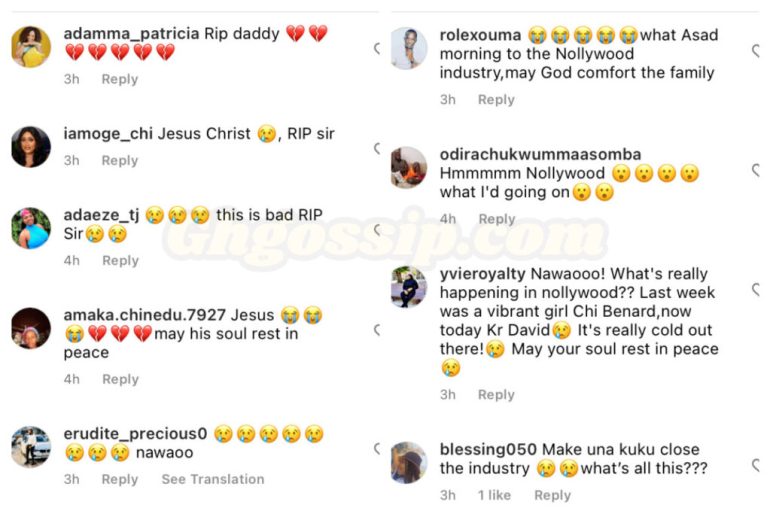 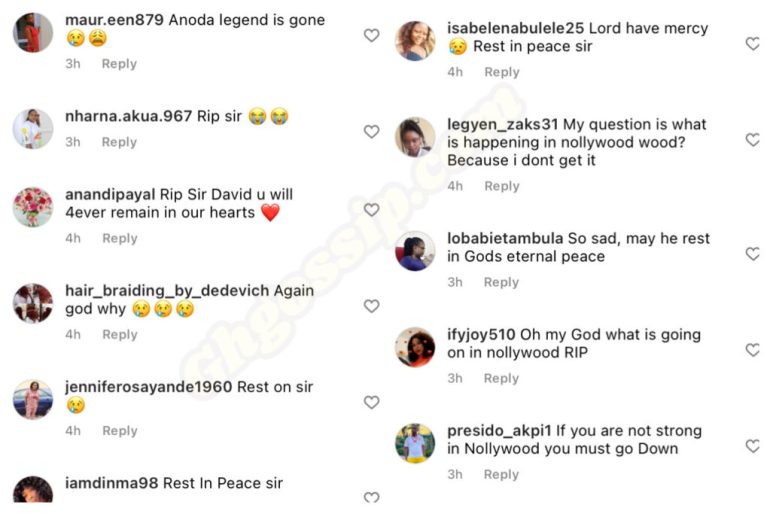 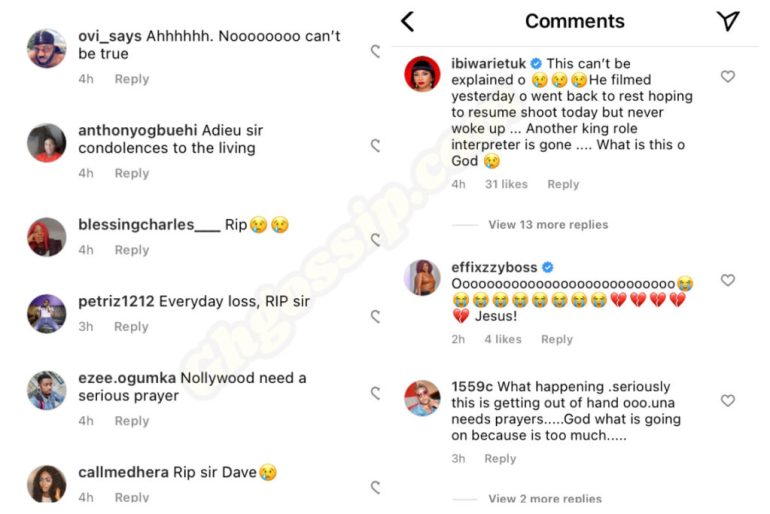 The award winning songstress and songwriter has taken to her official social media page today, Tuesday, May 3, 2022 to announce that her next studio album is ready and will be released soon.

The mother of 1 took to her verified Instagram page to officially reveal that, her next studio album, which is titled “To Be Honest” would be published on Friday, June 3, 2022.

The body of work comes after the successful release of “Champagne, Vol. 1” and her most recent EP ‘Restless II’. Simi shared a handwritten message captioned; “#ToBeHonest The Album Out on the 3rd of June”. See screenshot below. 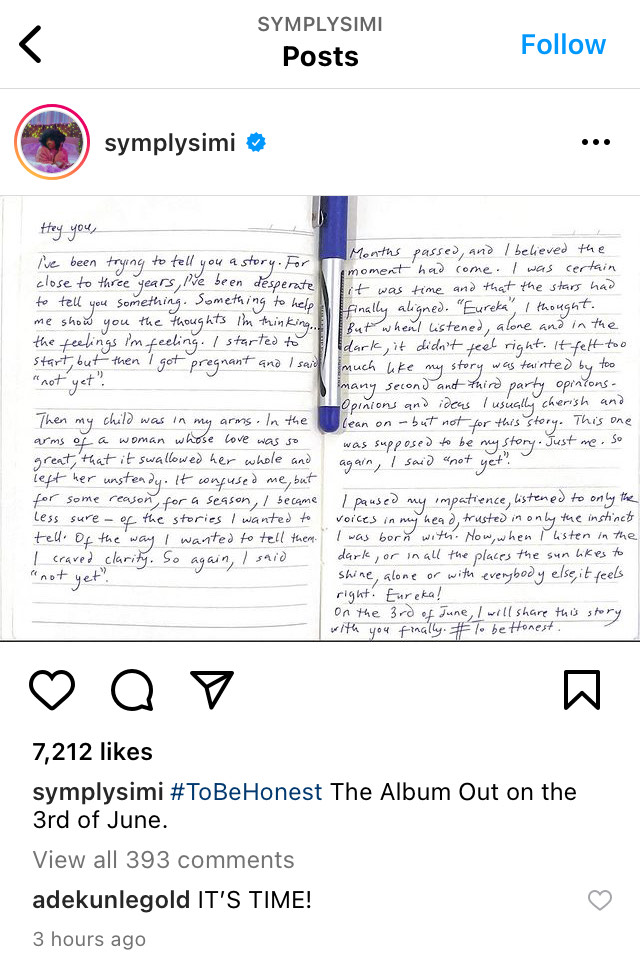