A newlywed couple who were alleged to be victims of the Ondo massacre has debunked the allegations. 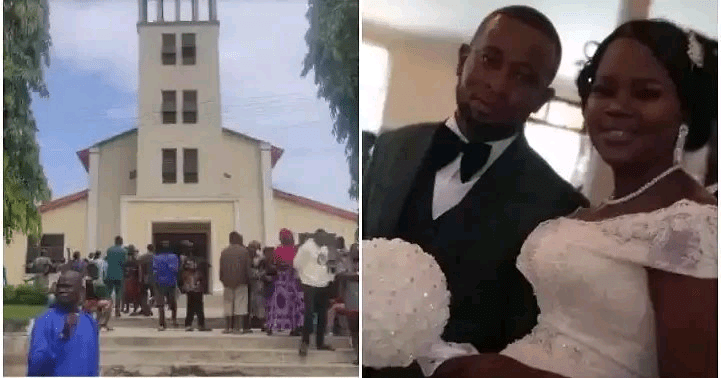 An image of a couple who were allegedly killed during a gunman attack on a church in Owo LGA, Ondo state, went viral on social media.

Gunmen opened fire on the St Francis Catholic Church during a liturgy on Sunday. The assailants allegedly exploded explosives before opening fire on the congregation.

The unidentified gunmen killed many worshippers, including children and women.

Following the event, some social media users said that the gunmen killed a newlywed couple, simply named Kelvin and Blessing, who was in the church for Thanksgiving.

However, in development, it appears the allegations claiming they died are false as they have come out to debunk it stating in an interview that they came for thanksgiving on that day after their wedding and left immediately after the service had ended.

They expressed gratitude to God for sparing their lives.