Recalls that veteran actress, Fausat Balogun announced the death of Osmond Gbadebo who lost his life to the cold hands of death on Monday, May 30th.

“This still remain a rude shock💔🙆🏽‍♂️💔

Here is the full detail below… 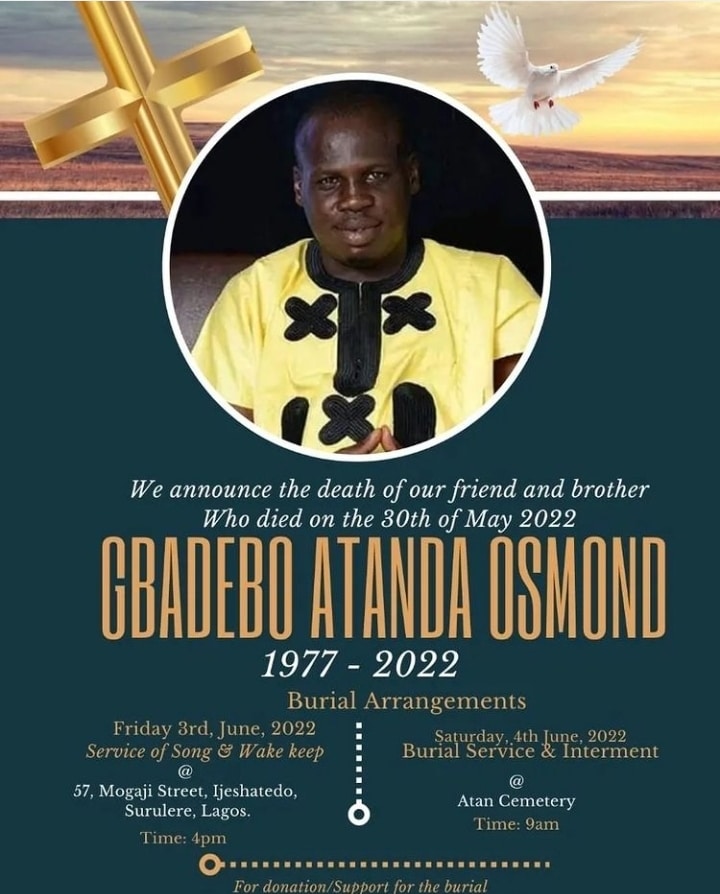 We earlier reported that in a viral video, the late actor, Osmond Gbadebo, who was formerly chubby was almost unrecognisable as he looked so lean, frail and barely moved well while hanging out on a movie set with his colleague and actress, Laide Bakare.

The video of the late actor, Osmond Gbadebo who welcomed a baby girl only two weeks ago, has since sparked sad reactions from his fans. Watch video here