It’s another great loss for Nollywood as actor Sir David passes on as he reportedly left a movie set to rest but unfortunately couldn’t wake up this morning.

A post by an actress who was on the same movie set with him shows he never showed any sign of being sick or something as he was able to work on the set yesterday hoping to resume today but unfortunately that never happened.

Sir David is a king role interpreter in Nollywood and it’s a great loss for them now that he’s unfortunately no more and his death can’t be explained especially after he was able to shoot a movie yesterday.

It’s quite unfortunate that another icon is gone and Nollywood is mourning once again since it’s just been a few months they lost another great actor and now they have to mourn again and it’s heartbreaking.

Good morning fam 💔💔💔💔, I hate to say this but we have lost another Nollywood king, Sir David. He wasn’t sick, it just happened. How do we explain this, another loss in Nollywood. Oh Lord have mercy. Rest in peace Sir Dave 💔💔💔💔💔💔💔 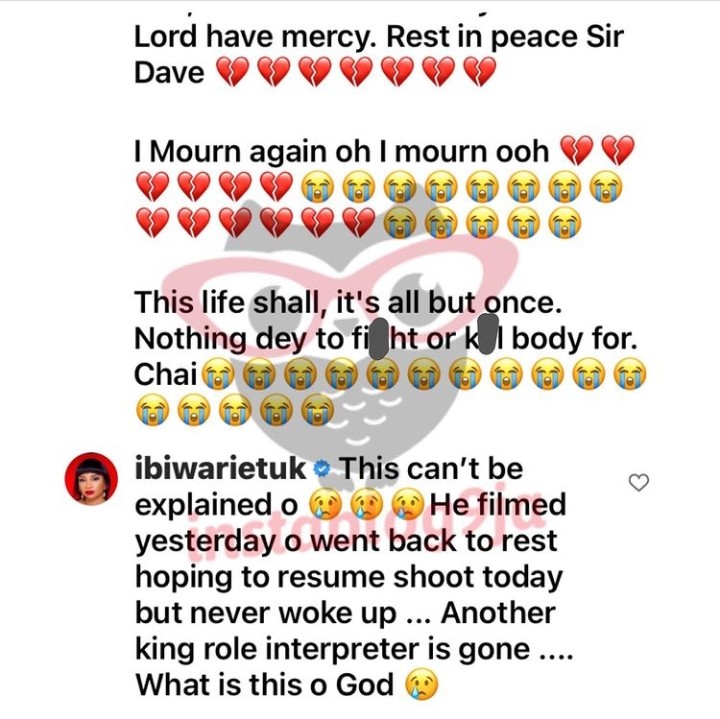