Nollywood Actress Rachael Okonkwo has reacted to Colleague Tonto Dikeh’s revelation on how she was treated by Genevieve Nnaji in the movie industry.

Veteran Actress Genevieve raised concerns about her health status after she deleted her pictures, videos on Instagram and unfollowed everyone.

There are rumors in some corners that the screen diva is having a mental breakdown.

However, this has not been confirmed by her or her media team.

Tonto, reacting amid the development, shared a picture on her Instagram page, expressing her support to the actress.

She disclosed that Genevieve treated her like a younger sister and not a junior colleague. 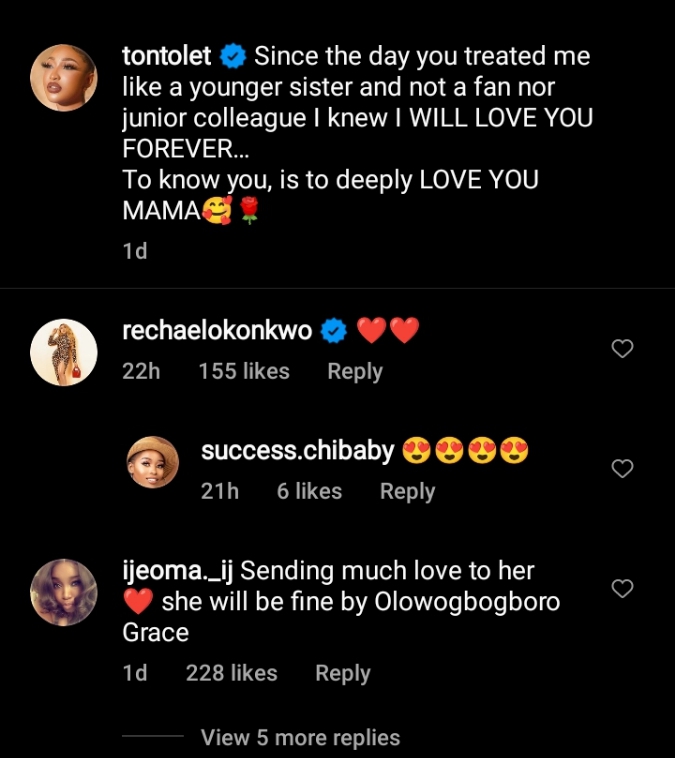