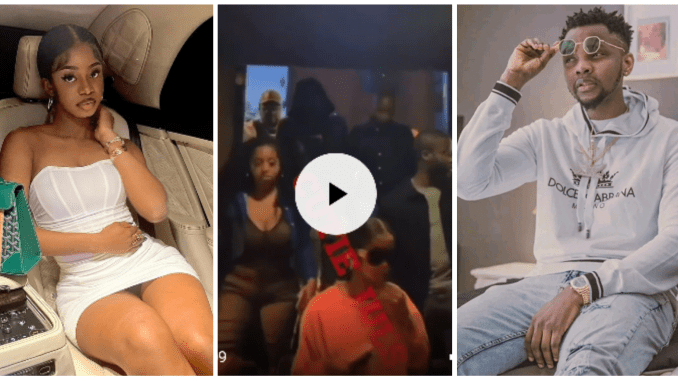 According to blogger, Cutie Julls, Kizz Daniel flee in to London on Tuesday, May 10 and Priscilla who was in Dubai on vacation flew in to join him in the country.

Still followed him o. Even on the night of Kizz Daniel’s show, Priscilla came in the Bentley with Kizz Daniel. In the morni was a very beautiful good morning greetings by Priscilla from Kizz’s balcony”.

VIDEO: “We Raise Princes To Become Kings & Princesses To Become Queens” – Iyabo Ojo Eulogizes Herself And Other Single Mothers (WATCH)