She shared a video with a fast-rising Nigerian singer, songwriter, and Brand Ambassador, Habeeb Okikiola, popularly known as “Portable or Zazuu”.

Singer, Portable became a popular Nigerian singer after Olamide Baddo blessed him with a verse in his hit song, titled Zazuu. Portable is now a superstar

See also Congratulations Are In Order For Veteran Yoruba Actress, Lola Idije as she sign a new Endorsement Deal (photos)
Watch video of Comedian Portable and Singer Portable below: 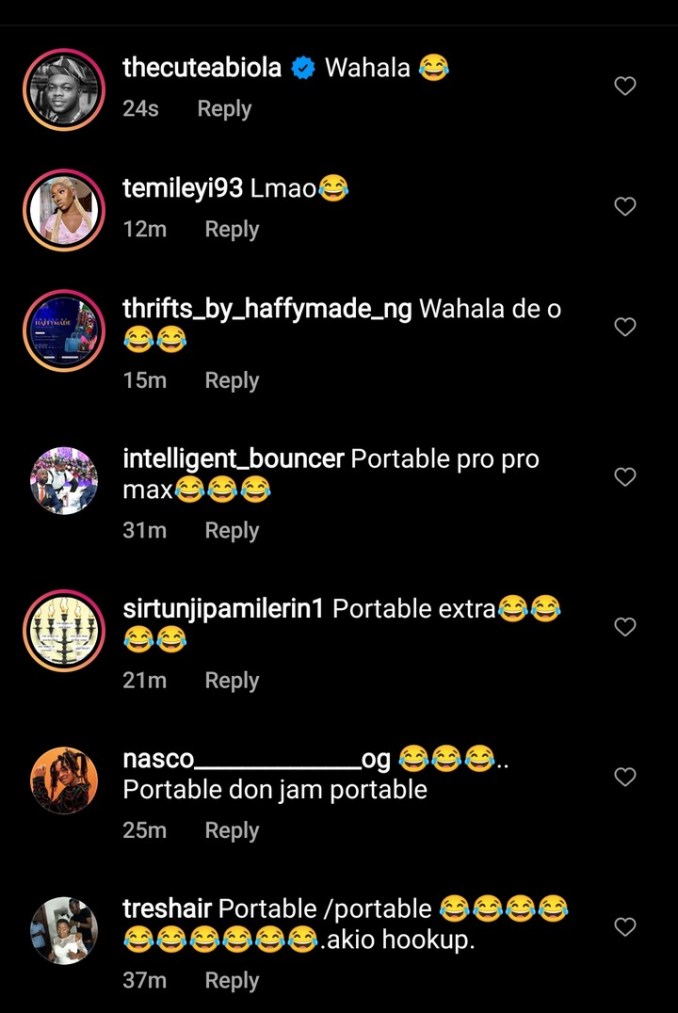 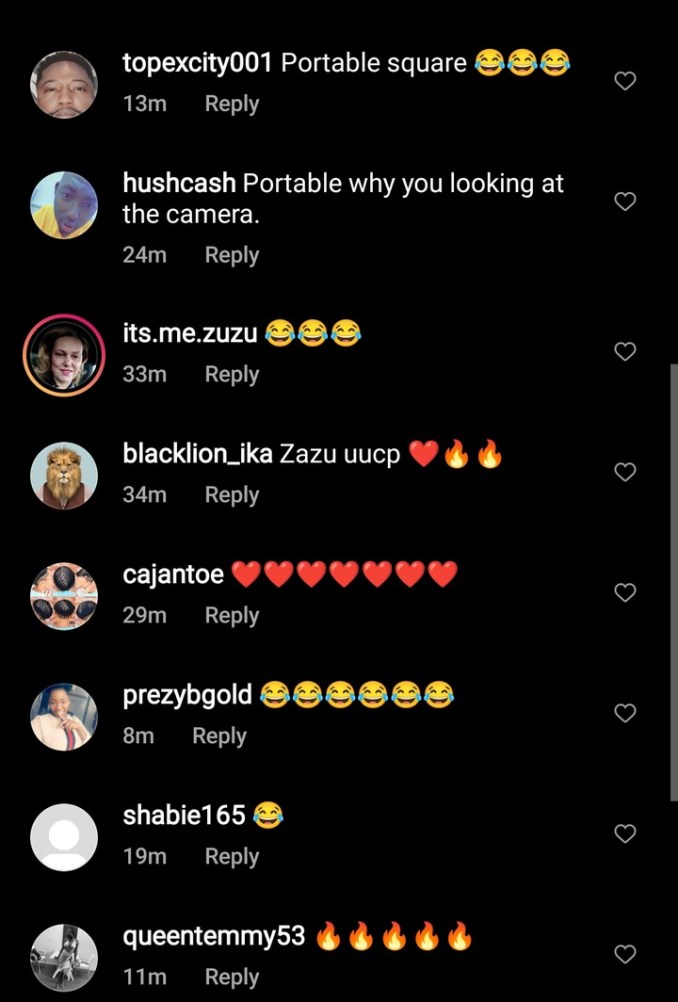 Reactions As Comedian, Portable and Singer, Portable Play Couple Role In A Skit

SHARE WITH FRIENDS
SEE ALSO   This guy smashed many of her phones and abused her, I have evidence – Korra Obidi’s sister calls out Justin Dean (VIDEO)