Nollywood actress, Regina Chukwu has showered love on her colleague, Kemi Afolabi as she clocks a new age.

The light skinned actress took to her Instagram page to admit that her attitude towards the actress could seem like an uncaring one but she has so much love for her and put her in her prayers.

Regina showered prayers on her as she affirmed that she is rooting for her everyday.

She wrote, “Anota my love, my big baby, Kemi God blessing won’t stop, God’s protection will double, God’s forgiveness will me immerse, happiness will not leave your household… you are a champ and I bless the name of the Lord on your behalf. Might seems I don’t care cos I don’t call to check up on you but best believe you always in my prayers…@kemiafolabiadesipe keep being the strong woman you are we (I) am rooting for you my ever playful girlie”.

Regina revealed that after exhausting themselves at Faithia Williams birthday party which was held Sunday night, February 27, they woke up to see Kemi’s swollen leg.

She disclosed how she tried to hide her tears under the smiles and jokes while still feeling fearful.

To cut the story short, she praised Afolabi for putting up a tough front and for pretending she was fine despite the challenges she is going through.

She, however, stated that the weight of the actress almost broke her back as she tried carrying her.

SEE ALSO   “He has an uncontrollable superiority complex and childish attitude” Comedian AY Makun reignites beef with Basketmouth, spills more dirt about him

She declared her love for her and urge her to keep fighting as they have many memories to create. 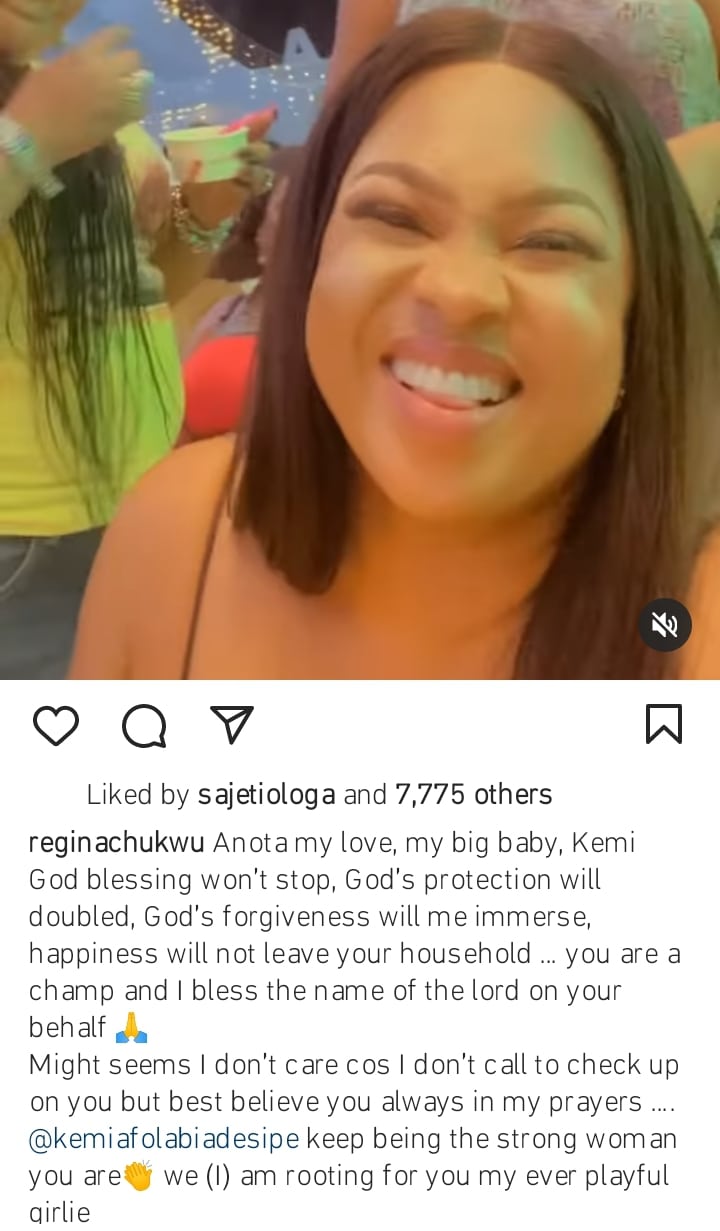