After recently unfollowing all his colleagues with the exemption of 25 people including his wife, actor Yomi Fabiyi has stirred up reactions after sharing a video of himself back carrying his baby.

News recalls that, following reports that his second marriage has crashed, Yomi Fabiyi unfollowed all his colleagues with the exemption of 25 people including his wife, Grace.

On the 11th of May, 2022, Yomi Fabiyi’s new wife, Grace Jimoh Fabiyi dragged him on social media. The mother of one took to her Instagram story to call him out and issue a stern warning to him; a move that further fueled their marital crisis rumours.

Grace warned him not to push her to the wall. She wrote, “Yomi don’t push me o @realyomifabiyi”.

In another post, she wrote, “If you don’t want God to punish you @realyomifabiyi”. However, the post has since been deleted.

However, from the look of things, the actor has settled his dispute with his new wife as they were spotted together in a new video, in which Yomi was seen assisting her with the baby by back carrying him while she captured the cute scene.

@iamgracie_222 sha make my food plenty oh cos I dey do your work for you oh.”

See screenshots from the video,. 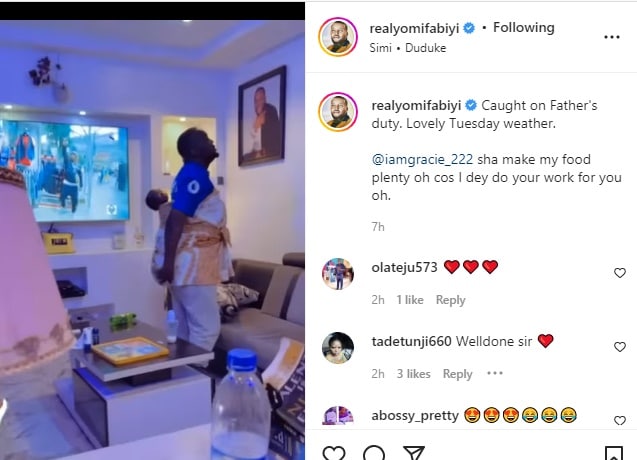 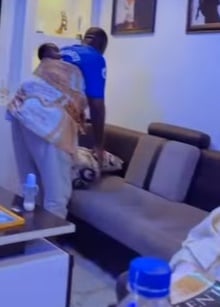 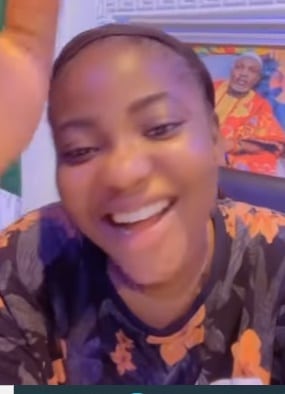 The video however stirred up reactions while a lot of people hailed the actor for taking up his fatherly duties, a particular commenter, Doris Agbonlahor slammed him for back carrying his child, describing such act as ‘foolish’. She wrote, “My Son don’t listen to those bad mouth people, saying this not love, this is foolishness, my dear don’t mind them they are enemies of progress. Thank you dear”.

Another called a fool. 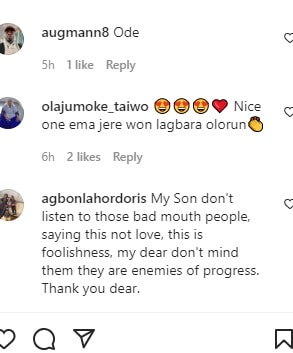 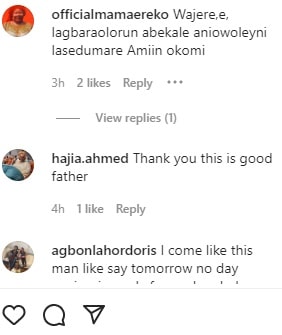 The controversial actor had taken to his Instagram page to celebrate himself.

Yomi Fabiyi stated that he was blessed to start a new age with his son beside him.

He noted how the feeling is awesome and priceless.

Yomi wrote, “Celebrating this New Year with my son beside me, awake to actually wish me Happy New Year and Birthday is indeed awesome and a priceless gift. I said Amen to your prayers last year, permit to do the same this year, amen to all your prayers. Iva Korede, Iba Imole, Baba To Dee-light n dupe. I am saying Thank you God. I tua you baba Godd”. 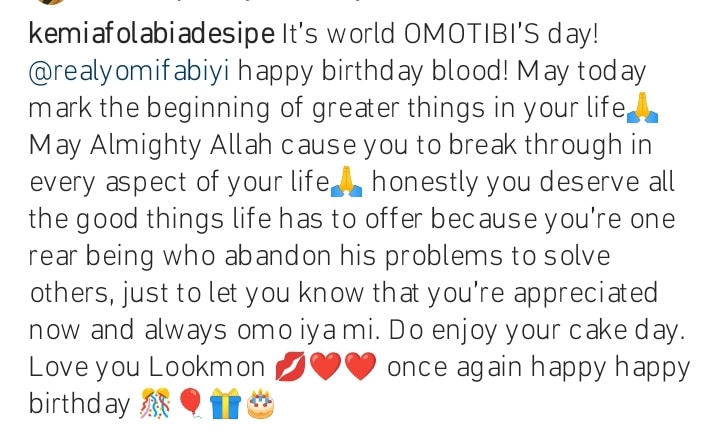 Reactions as actor Yomi Fabiyi back carries his baby

“This is not necessary” Mercy Aigbe, others react as Yomi Fabiyi speaks on Mercy Aigbe’s character