Nollywood actress, Tonto Dikeh has bragged about her prowess in leadership. 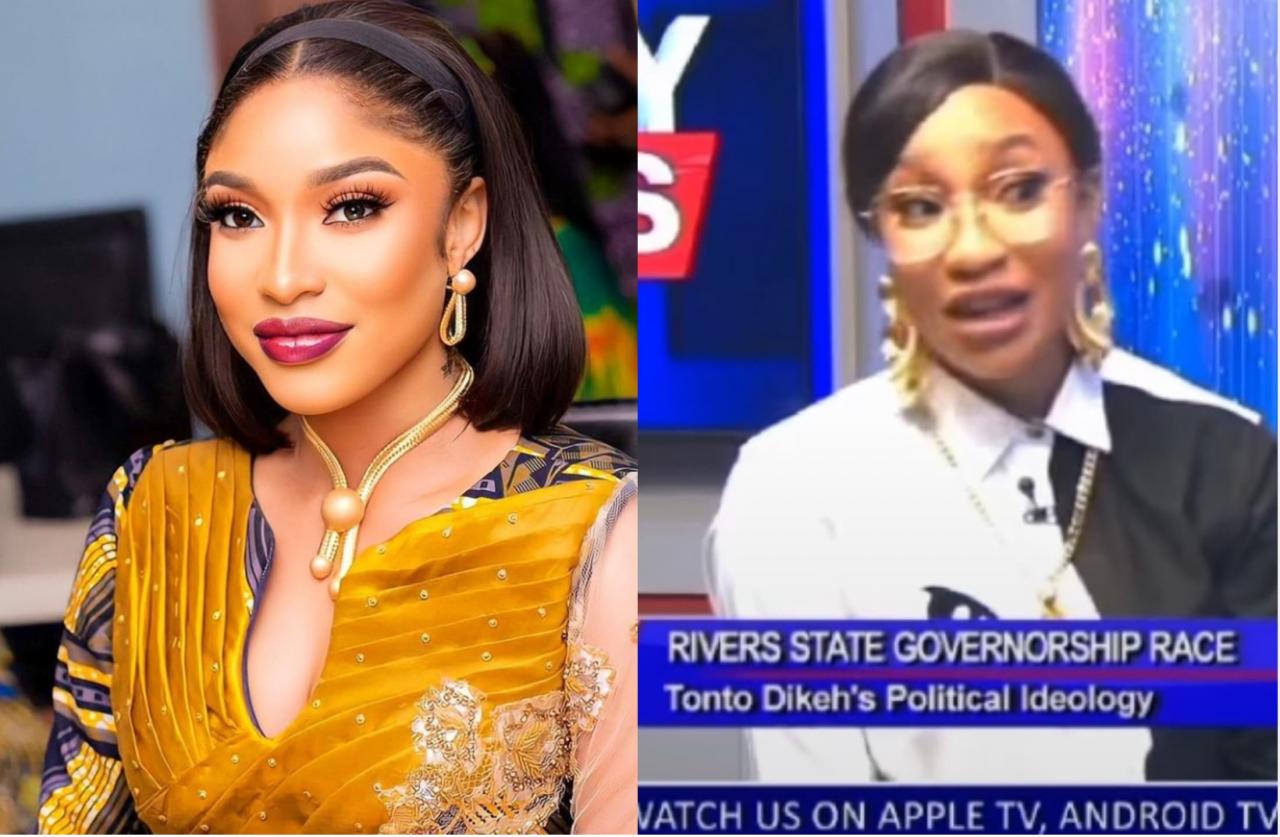 The actress who is contesting for deputy governor in Rivers State had an interview session on Channels Television where she spoke indepthly in her political career.

What drew people’s attention was when the actress bragged about never failing in leadership.

Tonto Dikeh affirmed that she has never failed in relationship and at such, she believes she is capable of succeeding as Deputy Governor.

Tonto Dikeh who is under the flag ship of African Democratic Congress (ADC) stated that she deserves the prestigious position because she has paid her dues.

“I have been tested critically in leadership through my organization Tonto Dikeh foundation and secondly through, an existing organisation, which is a community of youths in Mobilization and Sensitization which works through directly to the government to the youths. I have paid my dues when it comes to social activities”.

“I know and that is something I have never been able to explain to a lot of people but I think now I have to because I have to take it out for my campaign name and initiative because I don’t want the traditional rulers to think me ahead of them. My ‘King’ comes as a result of my name, as a name gotten from my son. It is not a title in any way or form”.

“I am prepared for anything, truthfully. I have had three years to work on this, its not something that I just came out or emerged with. We’ve had a lot of time to work on this and for this. Criticism, I am ready, non-criticism I am ready. So, it doesn’t matter where the questions are coming from.

“I have failed in my life and I’m not denying that. Everyone has seen that.

“But am I going to fail with leadership. Have I failed in leadership? Start from motherhood, have I ever failed in motherhood, talk about my foundation. I think it was one of the foundations that stood up for this country, in the time of the pandemic, with no assistance whatsoever. I did even more than the government,” she said.

The controversial actress took many by surprise as she announced her political ambition moments ago.

The actress revealed that she was picked as the running mate for Governship Candidate, Tonte Ibraye of the African Democratic Congress, Rivers State.

Tonto Dikeh brags as she defends her deputy governorship position