Nollywood actress, Toyin Abraham has nothing but love for her colleague, Femi Adebayo as his movie grosses over 200 million in few weeks.

News previously reported that Femi Adebayo Salami was in a jubilatory mood as his movie, King of Thieves grossed over 200 million in less than 4 weeks.

The actor uploaded a video of him dancing energetically as his movie grossed over 224 million, making it among the top 10 highest-grossing movies in Nigeria.

Showing his appreciation for his fans, he wrote, “When you hear #KingOfThievez does 224m+ in 4 weeks!” You all made this happen. Thank you for showing #KingOfThieves Movie so much love… Thank you”.

Reacting to it, Toyin Abraham corrected him that his movie grossed 225million and not 224million, which he claimed. 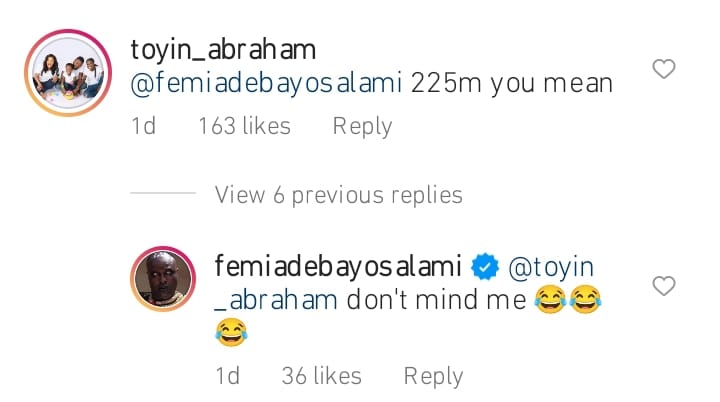 Congratulations, you will deliver safely in Jesus name – Fans shower prayers on Toyin Abraham as she shows off new baby bump