A Twitter user has called out Wande Coal and his gang for beating the elder brother threatening that they won’t go scot-free with what they did to the brother. 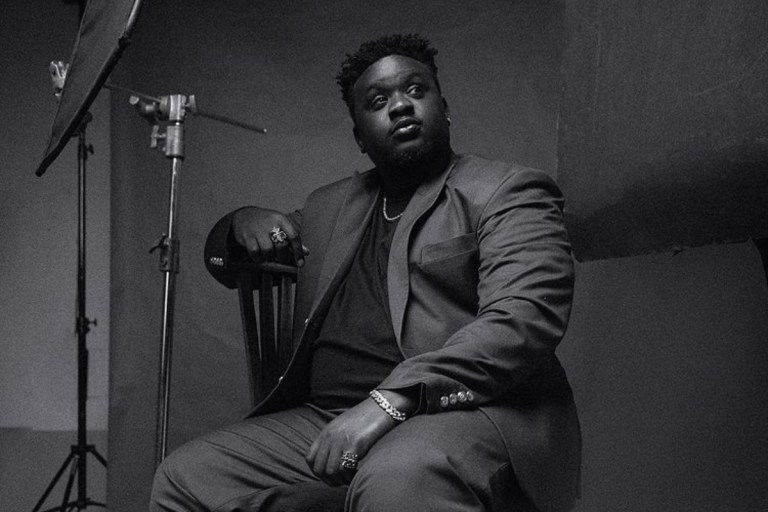 The tweep in a post narrated that Wande Coal and his gang started beating the brother for no reason after they asked him to give them way by moving his car which he obliged and went for his car keys to move so they move out.

According to the post, they started beating the brother when he was about moving the car for them to move out and they actually gave him the beating of his life since he was crying when he called to narrate whatever transpired over there between them.

The tweep also vowed that he/she knows that the elder brother didn’t say anything to them to warrant whatever they did to him because he’s the coolest person they could come across in life and even the way he was crying shows how well they beat him just because his car was packed behind their car at a public place we supposed.

It seems these artists and vawulence are so much friends because recently one was called out over shooting civilience and today Wande Coal is called out because he and his gang beat up a civilian who is believed to be innocent. 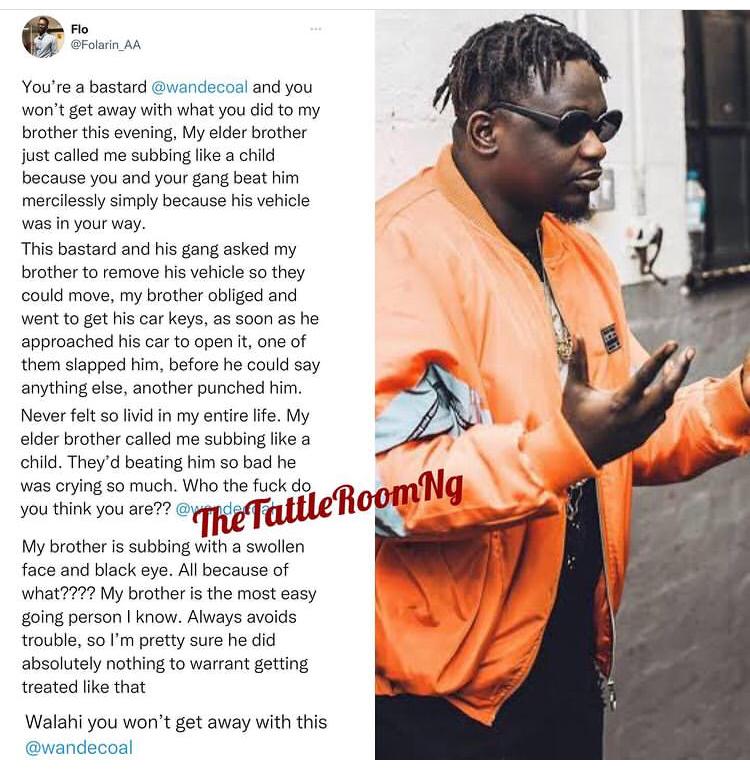