Online sleuths have taken it upon themselves again to dig old posts of Judy Austin Muoghalu where he shared photos of herself and Yul Edochie together.

As far back as 2016, netizens pulled some controversial posts from the Instagram account of Judy Austin. It shows that the actress who has a son with Yul Edochie has starred in a number of movies with him.

In other posts, she was seen in an advertisement with Yul Edochie and another, with Yul’s father, Pete Edochie.

This comes as great and shocking news to many people however it seems the amorous relationship between Yul Edochie and Judy Austin is nothing new under their sun.

In one of the posts, she called Yul her “best friend” and “great teacher”. 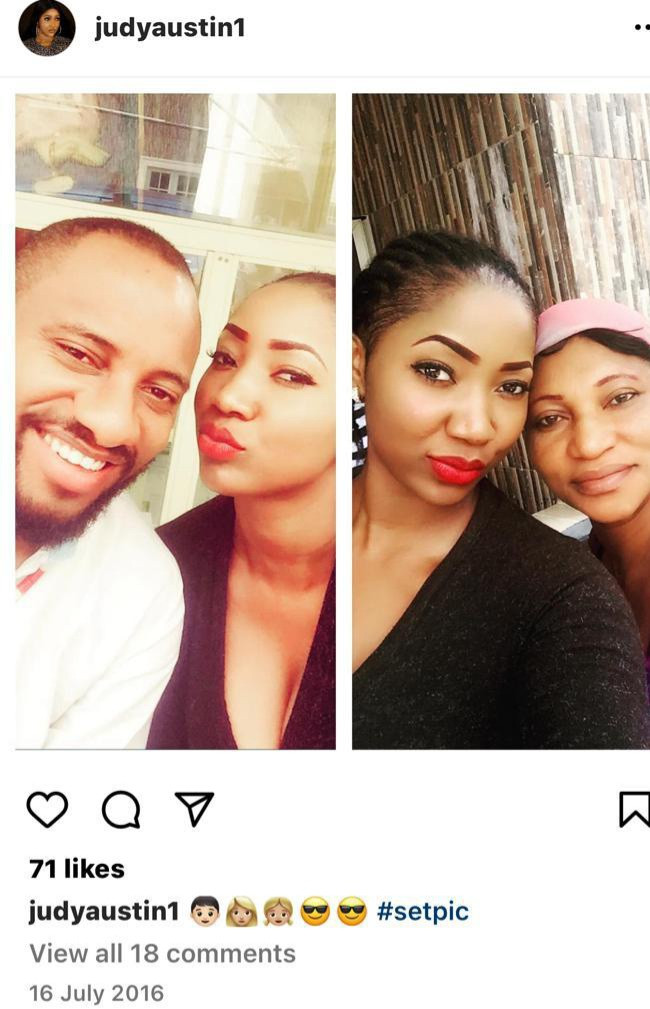 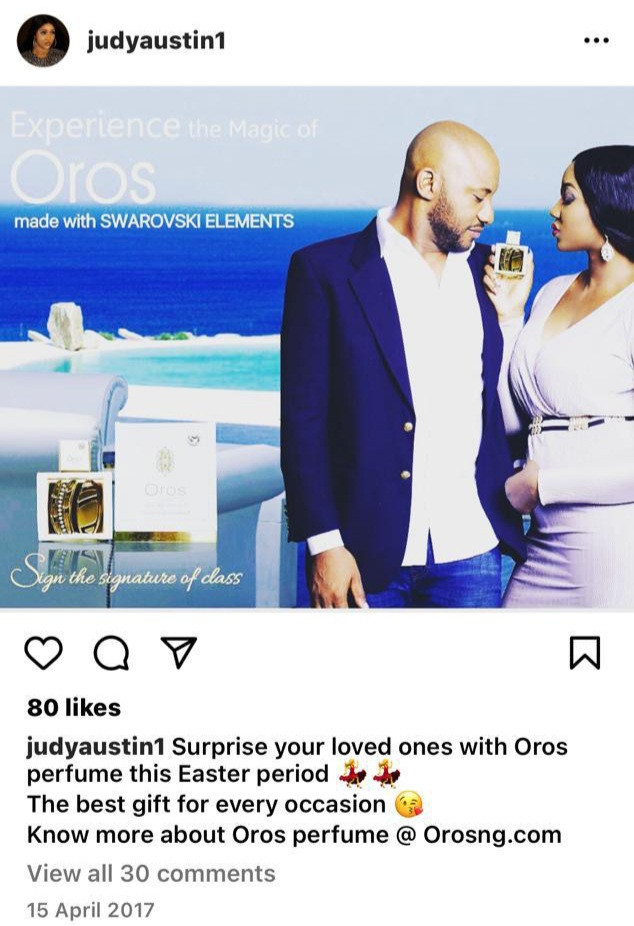 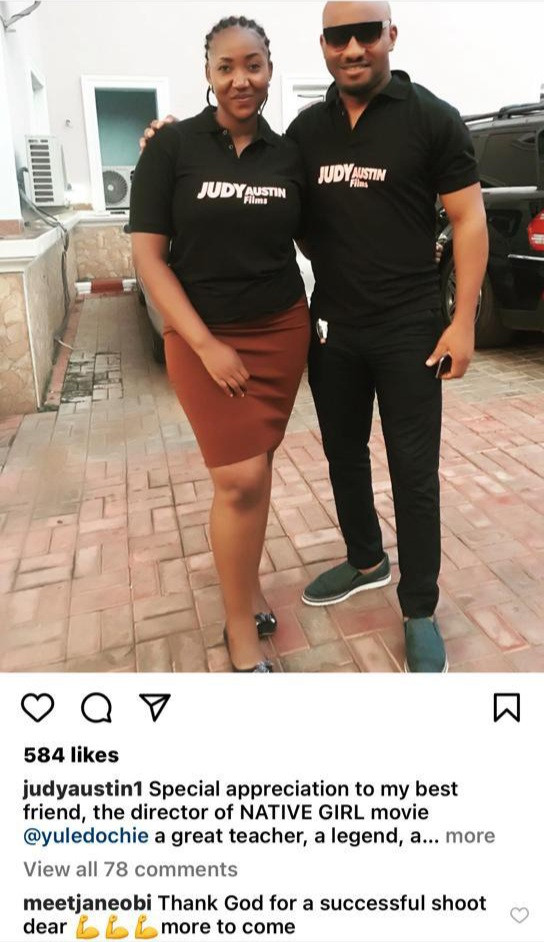 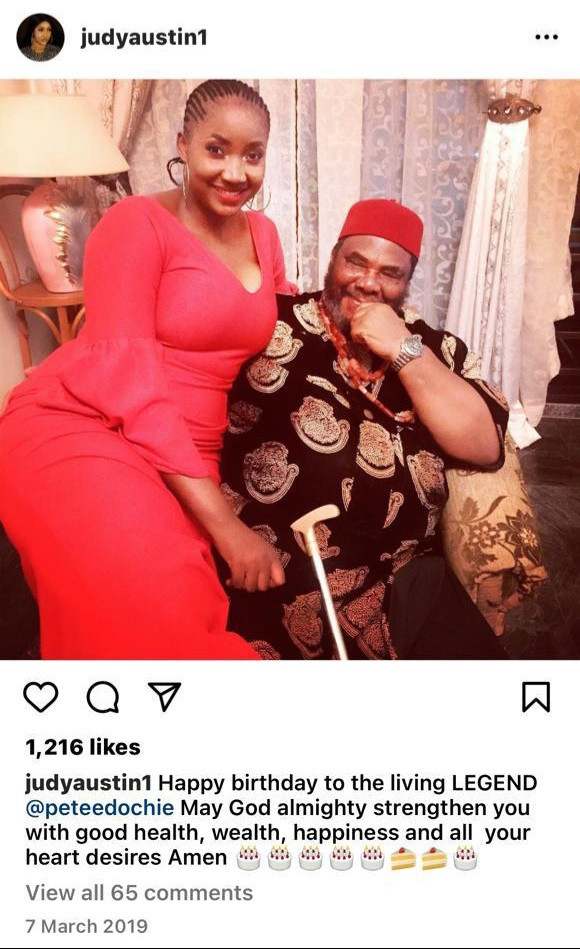 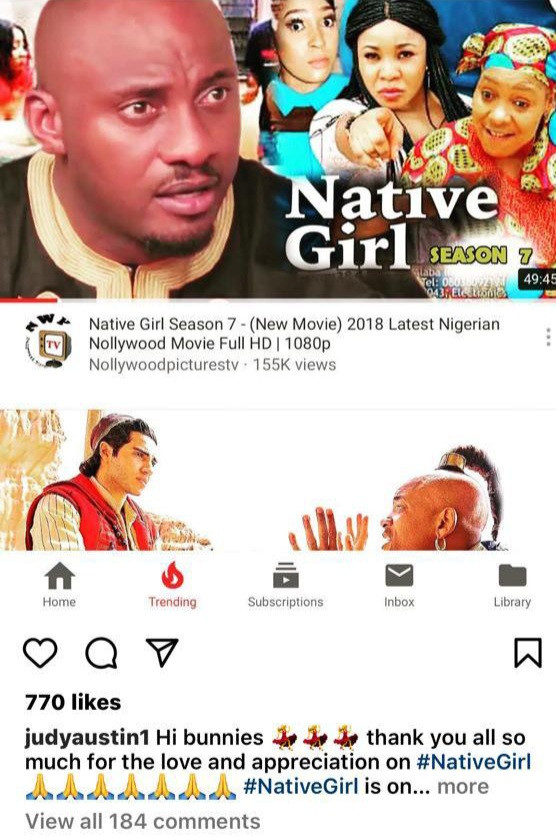 Yul Edochie set the internet ablaze when he unraveled the identity of his son with his second wife, Judy Austin. Meanwhile, he has been married to May Yul Edochie for over 17 years and their union is blessed with 4 kids.

Her reaction to the revelation seems to be a hurtful one as she wrote that God will judge them both for their actions.

SEE ALSO   ‘Do What Makes You Happy, As Long As It Is Not A Crime Let People Say What They Want’ – Yul Edochie

‘My wife has never frustrated me in the 16 years of our marriage, but…’ Actor Yul Edochie