Nollywood actress and producer, Funke Akindele Bello has been serenaded with lots of love from Nigerians who are glad about her big feat in politics. 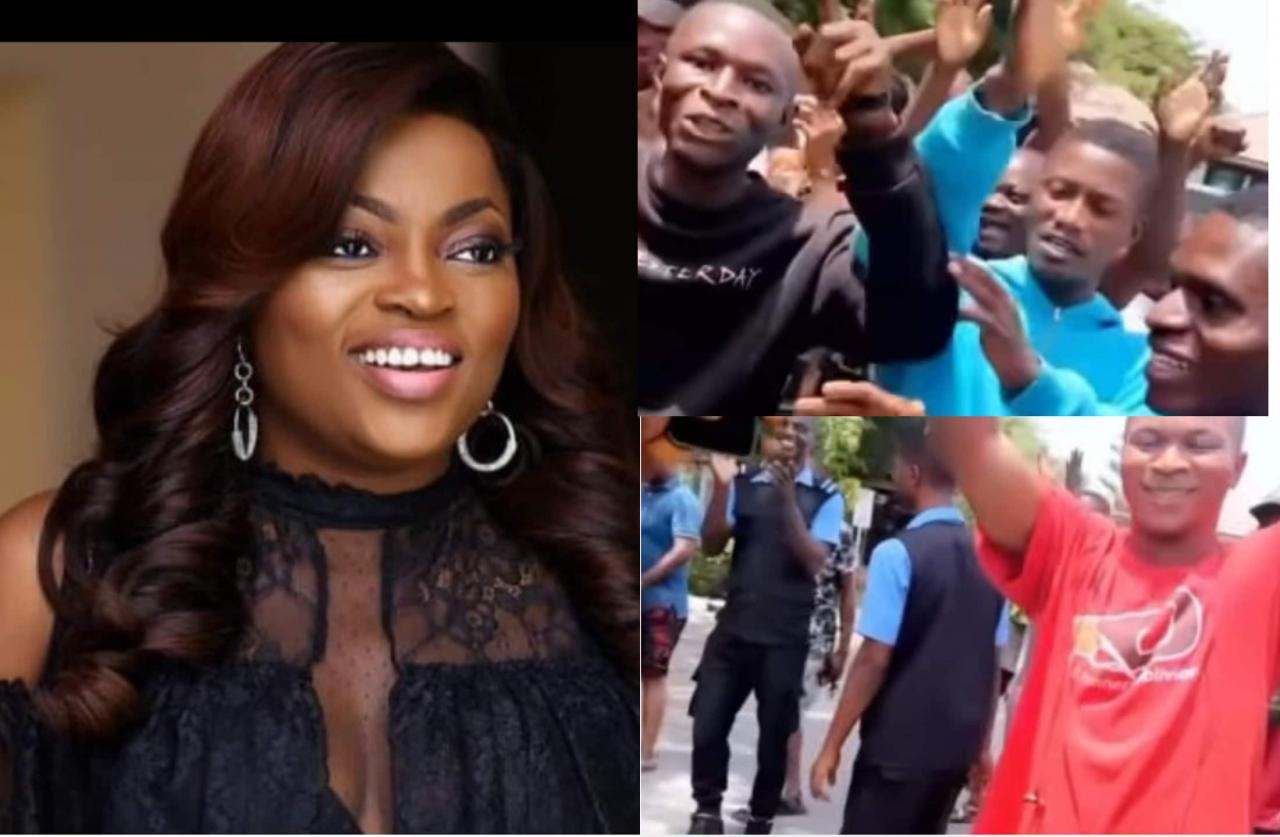 News reported hours ago that Funke Akindele added a great feat to her numerous achievements as she delved into politics.

The “Jenifa Diary” actress had been nominated as PDP Deputy for Lagos Governship Candidate.

The Lagos State chapter of the Poeples Democratic Party (PDP) has shortlisted five names as the potential running mate of the party’s governorship candidate, Alhaji Abdulaziz Olajide Adediran who is popularlypopularly addressed as Jandor.

As expected, the news caused a division among social media users as some applauded the new political movement in Nollywood while others condemned it. Read more here.

In a video which is making rounds, the actress was seen in a car as street urchins serenaded her car chanting her praises.

They could be heard singing, “You are a winner”.

The controversial actress took many by surprise as she announced her political ambition days back.

The actress revealed that she was picked as the running mate for Governship Candidate, Tonte Ibraye of the African Democratic Congress, Rivers State.