His Imperial Majesty, Oba Lamidi Olayiwola Adeyemi III, the late Alaafin of Oyo has been given a befitting celebration of life ceremony. 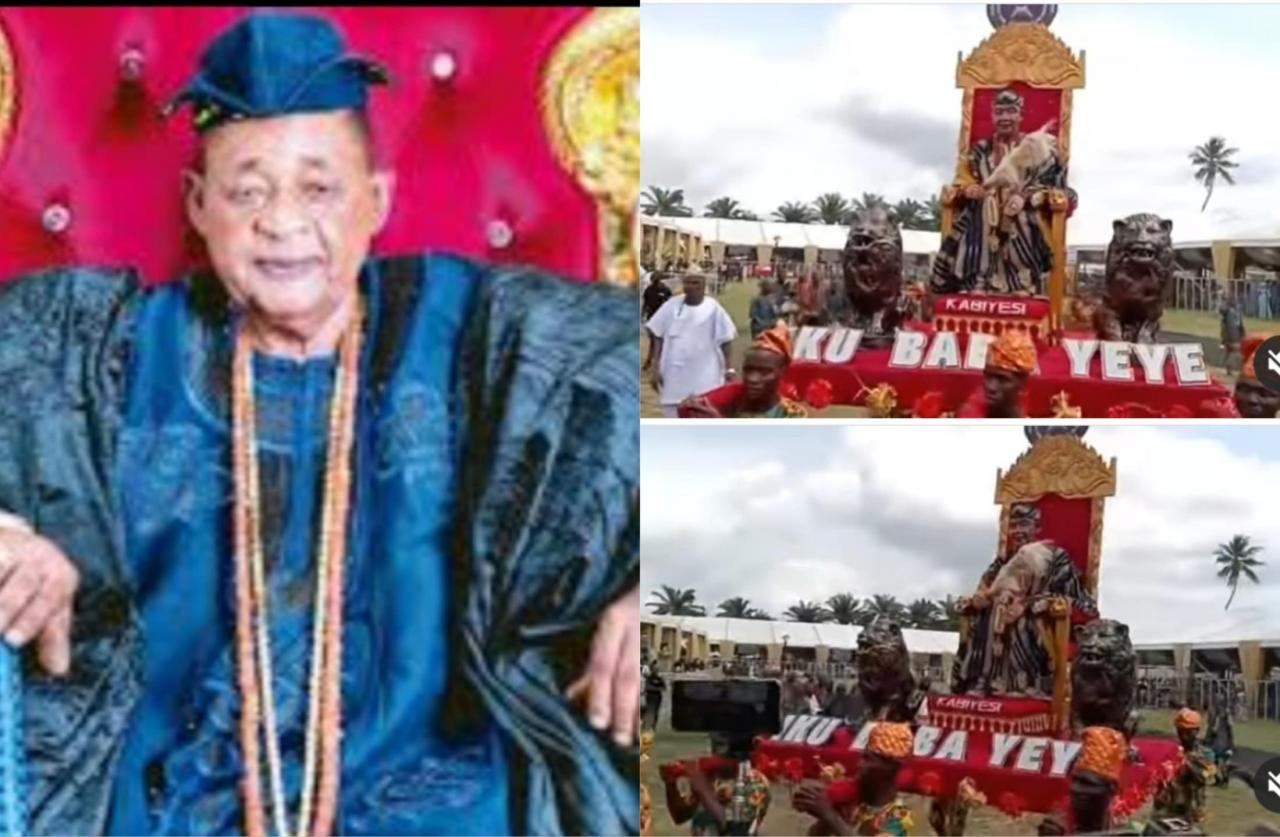 The ceremony caused a stir online when videos of the statue erected for the late monarch made rounds on the internet.

At first glance many would think that it was the Alaafin, but at closer look, you could see that it was a statue erected for him.

According to a netizen, it is the tradition in Yorubaland that a replica of a king be made and placed in the palace for 3 weeks or more till the regent is picked and the statue is what is buried.

ajuolofoods : Why is the statue now looking so real

ameerahsweetness : Wait is that statue cos I don’t understand what’s going on

Irene.ab : Dud he resurrect? Abi wetin be that?

jayjayeduu : I don’t understand, is that him or just a statue?

labbytom : Looks creepy to me.

News recalls that the Alaafin, who was the third from the Alowodu Ruling House, died in the late hours of Friday, April 22nd at the Afe Babalola University Teaching Hospital, Ado Ekiti.

SEE ALSO   “How much is her allowance?” Laide Bakare receives query as her 13 year old daughter gifts brother a Benz

Drama as 20 Princes battle for new ‘Alaafin of Oyo