Davido teased a white girl during the 5th birthday celebration of his second daughter Hailey Adeleke which was commemorated in the United States of America. 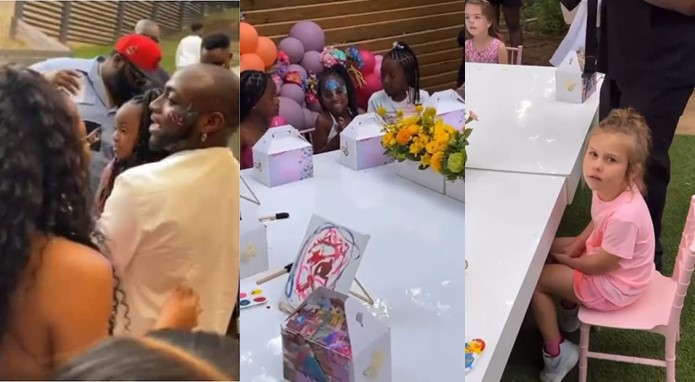 Davido devoted his time to the celebration and even became the cameraman for the occasion, videos of which he later shared on his Instagram Stories on Sunday, May 8.

Significantly, the clip he shared captured the moment he was playing with a little girl who seemed unfriendly. Reacting to the way she looked at him, the singer said; ”Yo…..This was no like me oo, sorry oooo”

Meanwhile, Nigerian singer, Airdrew has extended his heartfelt appreciation to Olamide for changing his life with a music verse and helping to set him on the path of greatness.

Apparently, after Olamide hopped on to the remix of his song, ‘Share Update’, the track is making giant strides across some digital streaming platforms and raking in huge revenue for the up-and-coming singer who used to live in a dilapidated building.

In a video shared by Gossip Mill TV, the singer said that the award winning indigenous rapper is a blessing to him and he called on Nigerians to thank Olamide on his behalf. Airdrew also revealed that he has moved out of his former dilapidated house and he promised to return to uplift other upcoming artistes.