Actor Walter Anga has slammed those criticizing Nollywood celebs over the death of Leo Mezie asking them to say what they know and stop being stupid.

The death of Leo Mezie has hit a lot of people and some netizens reacting to that criticized Nollywood celebs saying they will begin to cry more than the bereaved now meanwhile he had been soliciting funds but to no avail.

Walter Anga replying to that put these critics in their place asking them to say what they know because not everyone comes on social media to say the support they’ve given to someone and the fact that it’s not on social media doesn’t mean no one supported Leo Mezie from Nollywood when he was battling kidney disease.

Another took it personally asking Walter Anga whether he helped Leo Mezie or not saying these yeyebrities are the ones going to mourn more than anyone even though they didn’t support or helped him when he was alive and needed their support.

Walter Anga at this point couldn’t hold his anger and hence slammed them asking them to get their PVC so they can vote in a government and stop being stupid by saying things they know nothing about. 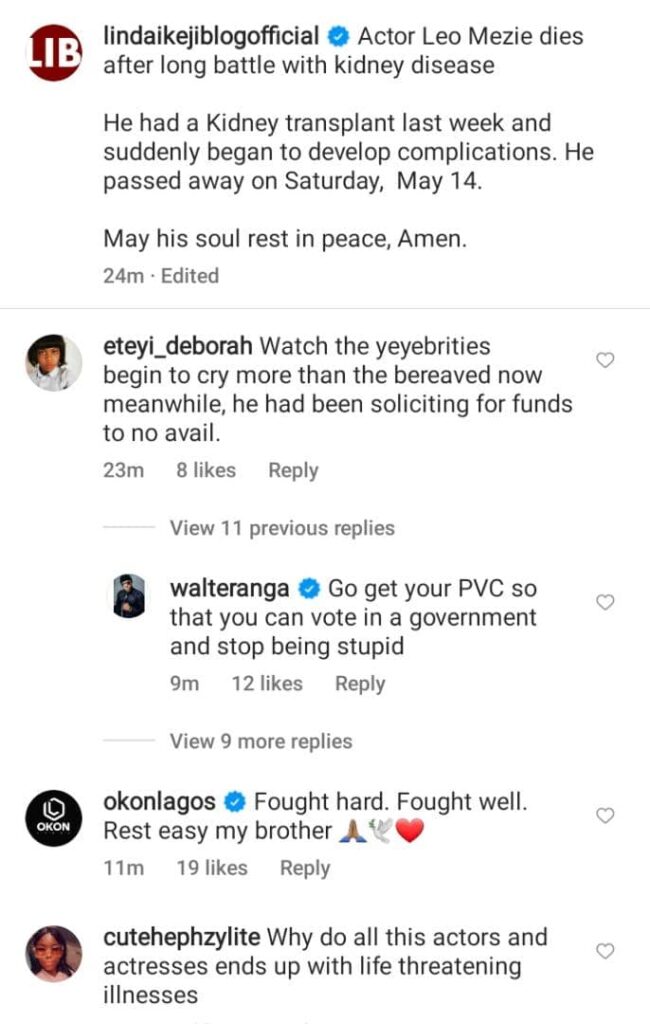 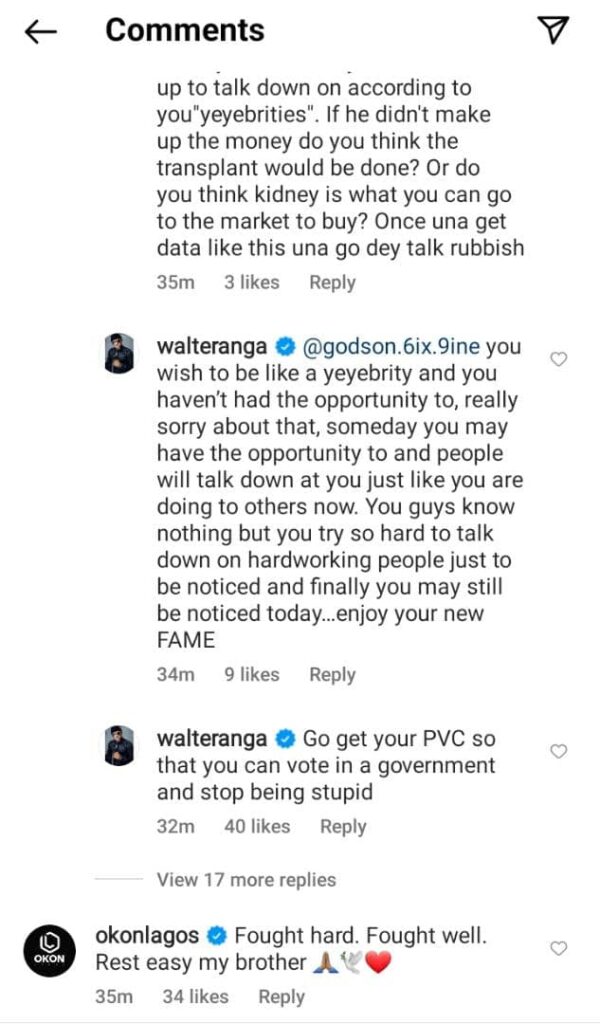