Michelle Jackson, a plus size model, songwriter and ex wife of music executive, Don Jazzy has opened up on why her marriage to the Mavins Records CEO crashed. 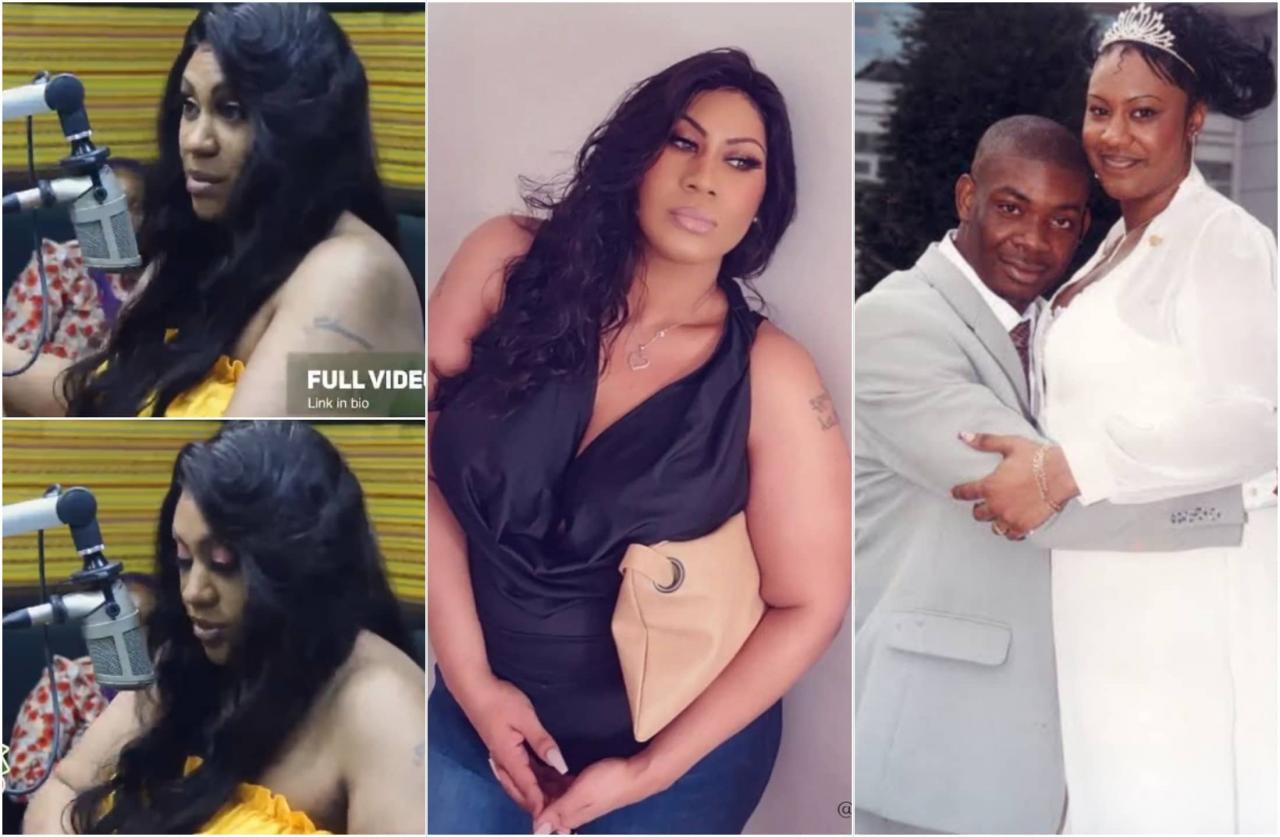 Michelle Jackson who is currently in Nigeria to release an album and to return to the music scene has been having several press interviews.

Speaking with Naija FM 102.7, Michelle recounted her sweet times with the music executive.

According to her, she and Don Jazzy were married for two years and their union crashed because he was invested in his music.

Revealing how she met the singer, Michelle said they met at a club where he was giving out flyers to people to promote his music group.

She disclosed that when she looked at the flyer, she fell in love with the singer and a friend of hers and help her collect his number.

When she reached out to the singer, he paid her a visit at her home and the romance heat up from there.

She said, “We were married for couple of years. Precisely, two years. I met him when he came to my house. Before then,I had seen him at a club where he was giving out flyers to promote his group. When I saw the flyer, I liked him. I collected his phone number, he came visiting me in my house and that was were it all started”.

On her career, she said, “I am a singer, song writer, a make up artiste and plus size model. I started singing when I was 8 and I was in theatre for years. I sing R n B. My reason for coming to Nigeria is to feature upcoming artiste in my songs

News recalls that in 2021, Mavin Boss, Don Jazzy, who had managed to keep his love life away from the prying eyes of the media and public shocked many when he revealed that he was once married.

He disclosed that he got married to an American model and author, Michelle Jackson, about 18 years ago at the age of 20, though the marriage crashed two years later.

According to the Mavin Records boss, the marriage failed because he devoted his time to music and neglected his family.

Sharing some pictures from his wedding, Don Jazzy wrote on social media, “For so long, everyone kept asking me when am I getting married? Well, the truth is that almost 18 years ago, I was 20 and I got married to my best friend, Michelle (@yarnstaswitch), and it was beautiful. I loved love and I loved marriage. Michelle is so beautiful inside and outside with such a soft heart.

But then, me being so young and full of dreams, I spoilt it because I was giving all my time to my music. Music became my priority, instead of my family. We got divorced when I was 22 and it hurt. I am still very much in love with my music and I would not want to marry another (person) and mess it up again. So, I’m taking my time. Why am I just saying this now I really like to keep my relationships private, actually. Past or present. But I was watching the Bounce interview with Ebuka which is almost like a tell-all interview, and I felt bad skipping this huge part of my life. So yes, you all should not be annoyed.”

Meanwhile, Michelle recently linked-up with Don Jazzy in Lagos and both shared videos from the meeting on social media, to the delight of fans and followers.

Why my marriage to Don Jazzy crashed” – Ex-wife Michelle reveals