As the wife of well-known Yoruba film actor Lateef Adedimeji, Mo-Bimpe has just published fresh photos of herself with her pals in Dubai. 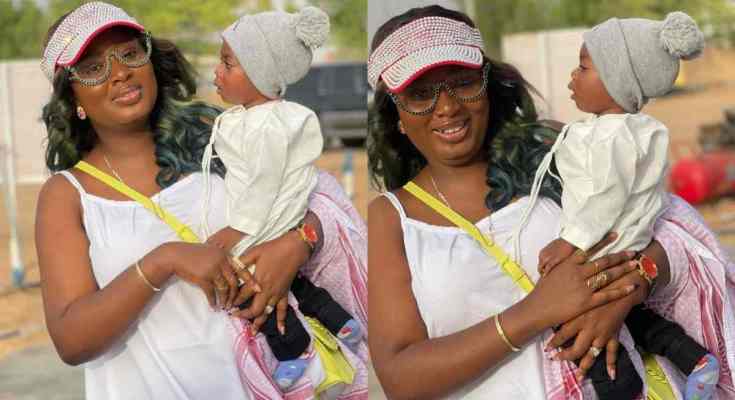 The actress enjoyed herself with her friends in the desert while flaunting her stunning long gown ensemble. As they took the pictures together, she was spotted holding one of her friend’s children. Anita Joseph and a few of her film industry colleagues swiftly reacted to the images and shared their thoughts on her new position.

In her new post, she was seen wearing an elegant long gown outfit that looks good on her with a nice cap on her head. She was seen carrying one of her friend’s child in the pictures while spending a good time on a desert in Dubai. 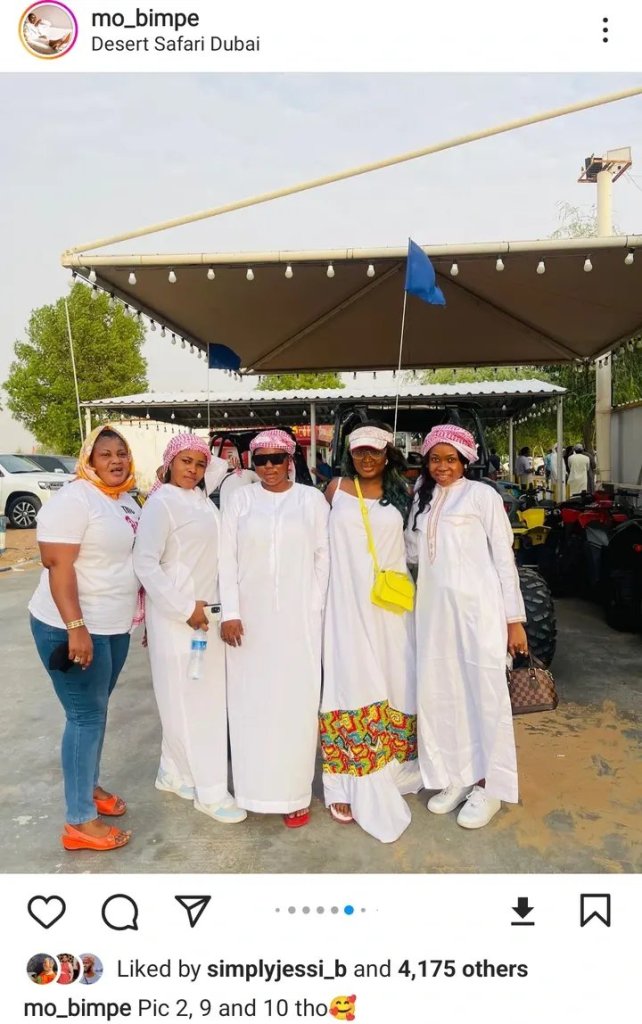 Mo-Bimpe is a fun loving actress and this is not the first time she would be sharing pictures of herself on an outing on social media. The actress has established herself as one of the most sought-after Yoruba movie actresses, thanks to her talent and he’d versatility in movies which has helped her achieved more fame. 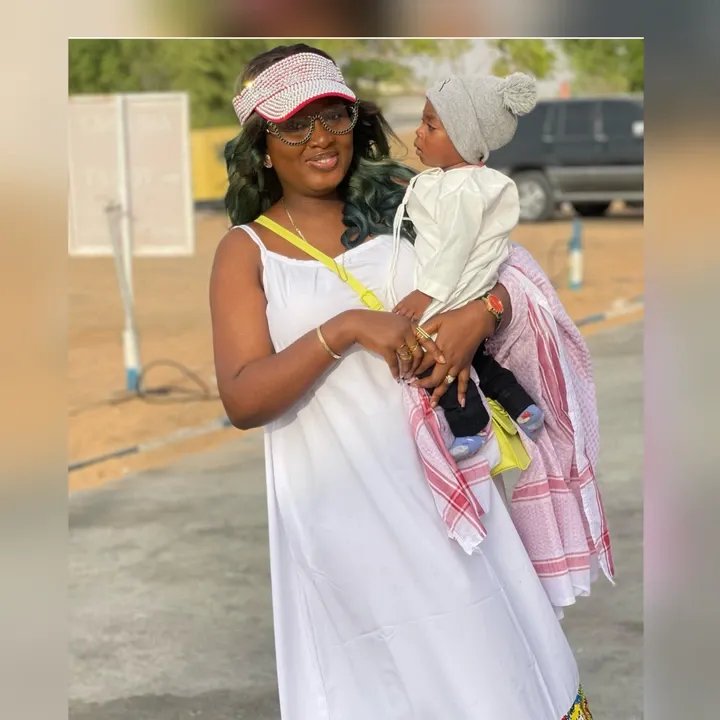 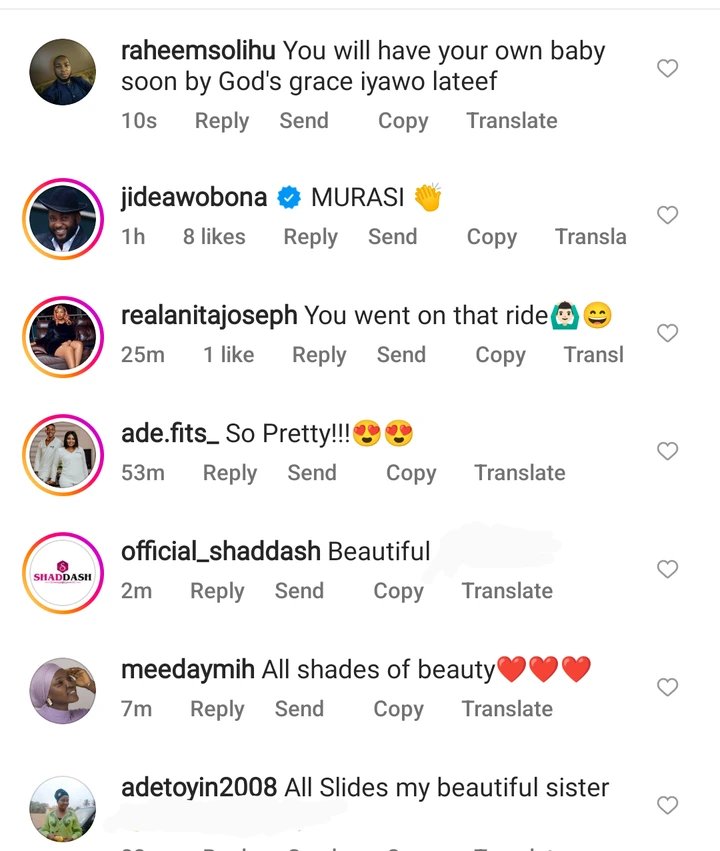 Her movie colleague, Anita Joseph was quick to react to the pictures by saying, “You went on that ride.” This comment shows that she is well-appreciated by her colleagues as it should serve as a compliment to her.