Nollywood actor, Yul Edochie has once again bragged about headlining news for weeks following his second marriage and cheatings.

News reported in March that the actor and presidential aspirant had welcomed a child, a baby boy with his mistress and had secretly married her.

Bragging about it, Yul Edochie noted how he was the most talked about for weeks.

He affirmed that he felt good breaking the internet and becoming the most talked about man on the planet for the second week in a row.

Yul Edochie wrote, “I no go lie. It feels good breaking the internet. Most talked about man on the planet. 2nd week in a row. E dey sweet sha”.

Kemi Filani news recalls Yul Edochie had elicited backlash from the public as he shifted the blame of his second marriage on his first wife, May Edochie.

The actor had an Instagram live session with Paulo Okoye where he talked about the controversies that trailed his second marriage to colleague, Judy Austin.

The actor said that he doesn’t blame Nigerians because it is the love they have for him that made them drag him.

According to him, Nigerians don’t know the root as there is a reason why he married a second wife.

He added that people don’t live in his house and as a man he can’t come out to spill everything that happens in his marriage.

Yul Edochie said, ” I don’t blame them, it is the love that they have for me that made them react that way. They don’t know the root for it, there is a reason for it. They don’t live in my house. A man wouldn’t come out to say everything in his home they can insult me but they wouldn’t understand”.

SEE ALSO   ‘I never raised my hands on her, we only drag phones, curse each other – Isbae U makes more shocking revelation on his crashed relationship with Mummy Wa 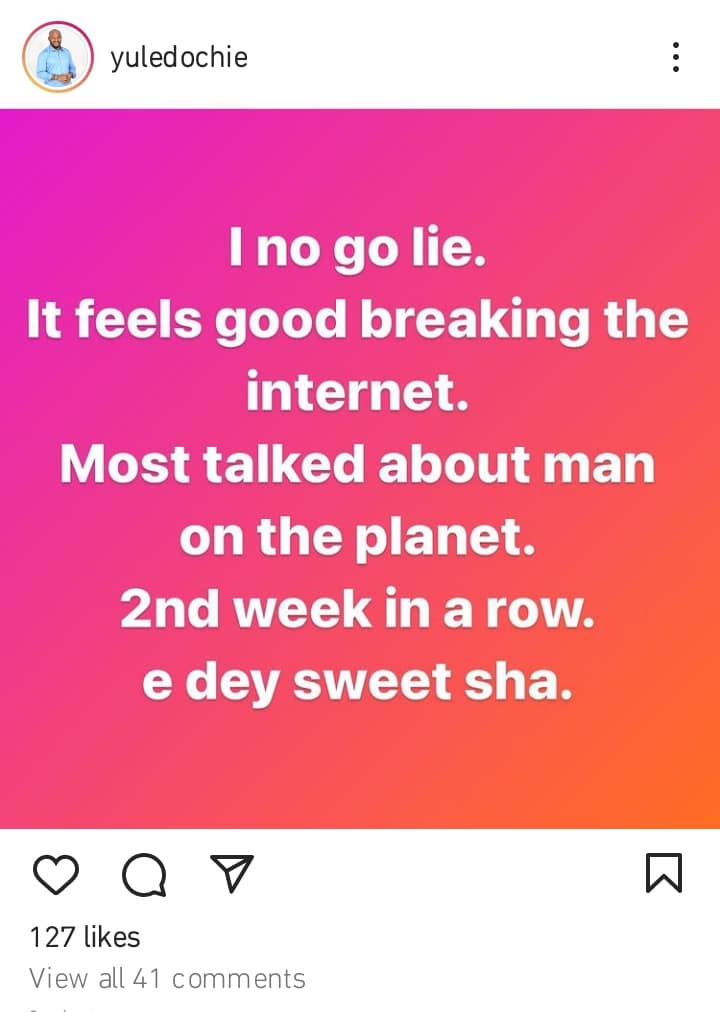