Nollywood actor, Yul Edochie has taken to his social media page to hail himself for owning up to his infidelity.

News reported that on Wednesday, April 27, the actor announced to the world that he had fathered a child with another woman and had secretly wedded her.

This sparked lots of media outrage as many blasted him for cheating on his wife and the mother of his four kids.

Since the shocking news, the actor has been a subject of criticisms and scandals.

Amidst the negativity, Yul took to his Instagram page to praise himself.

In his words, it is only real men who own up and take responsibility.

He added that only fake men hide behind their wives’ back to cheat on them.

Praising himself further, he affirmed that he is indeed a man.

“Real men own up and take responsibility. Fake men dey hide for back dey run am. Ezedike!! Na Man you be”.

News recalls Yul Edochie has taken to social media to shower love on his first wife, May Yul-Edochie, amidst the backlash resulting from his new marriage to his side chick, Judy Austin.

Taking to his Instagram page a few minutes ago, Yul Edochie shared beautiful photos of his wife, May Yul-Edochie.

Yul Edochie further declared that his wife May is still his number one undisputed.

He wrote: NUMBER ONE. @mayyuledochie Undisputed. 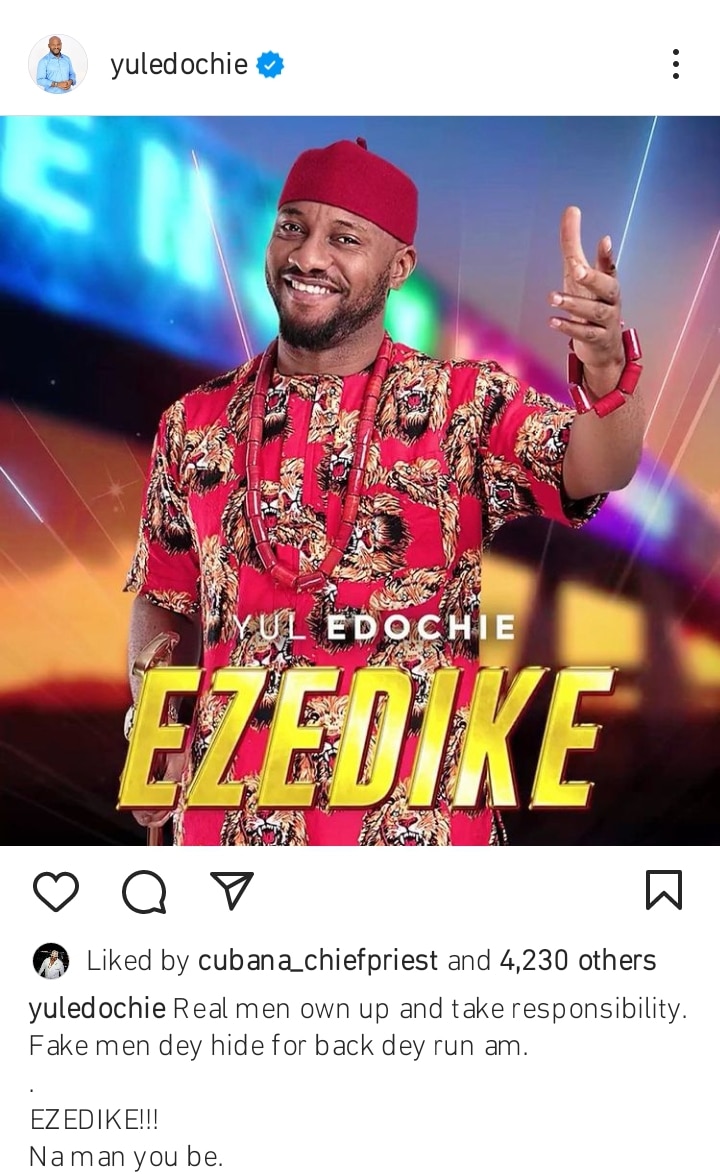 Yul Edochie reconciles with his 4 brothers after second wife scandal