Voluptuous actress, Judy Austin who has been severely dragged on social media for becoming the second wife of Yul Edochie, has been linked with charms also called ‘juju’.

Popular Blogger, Gistlover who made the claim, shared photos of a particular footwear the actress has allegedly been wearing, since 2016, claiming that there is something mysterious about it and there is a likelihood that the actress is hiding ‘juju’, in that slipper.

The Blogger wrote:
On Yul Edochie: “May be that’s where she put the juju, She’s been wearing this same slippers since 2019”

There’s something in that black slippers she frequently worn 🤷🤷🤷follow @visiongist the full gist about the slippers is there. 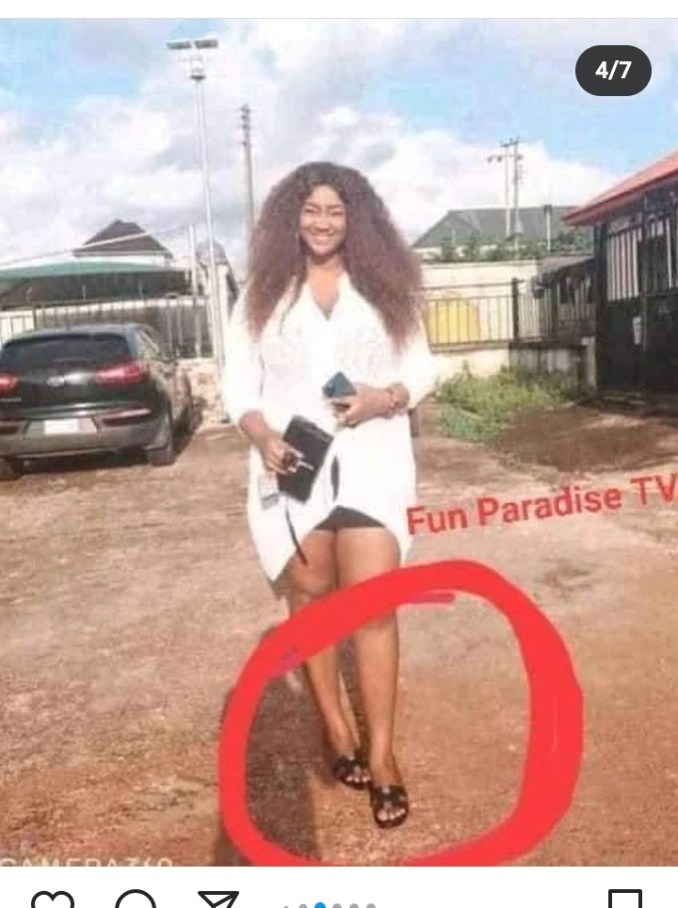 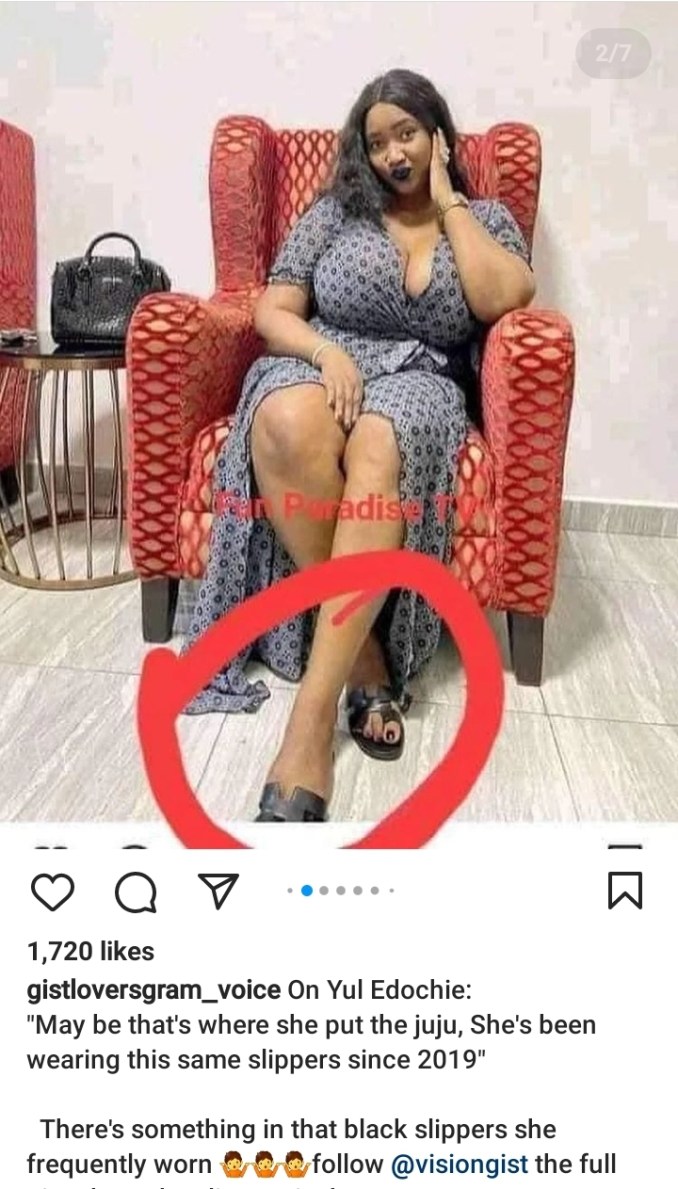 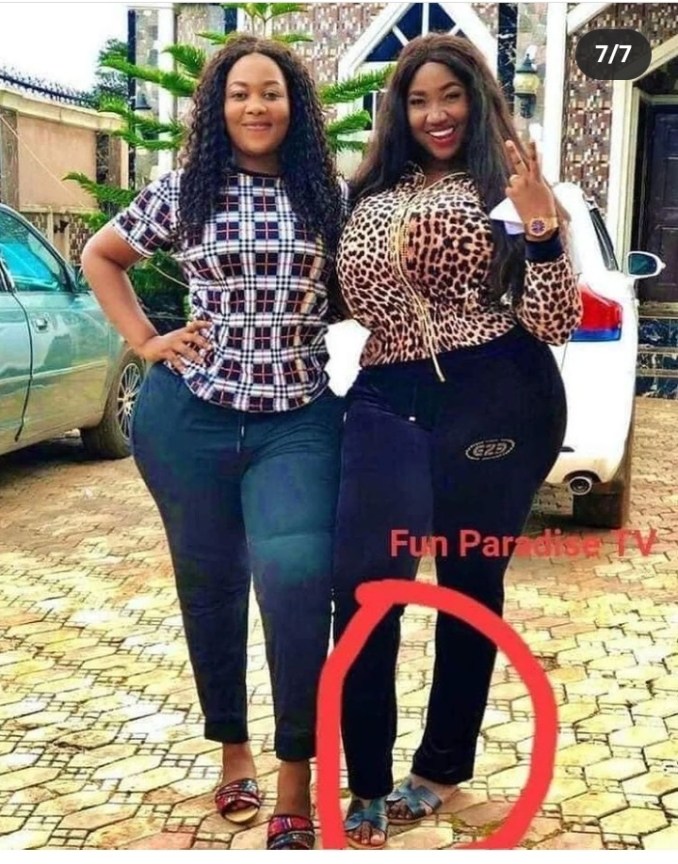 On Thursday, April 29, Yul Edochie broke the internet when he revealed that he had fathered a fifth child with his colleague and had even gone as far as marrying her.

Sonia Ogiri who is among the many celebrities who have voiced out their anger over his behavior, revealed that the actor has been having an affair with Judy for a long while. She made this known while commenting on Daddy Freeze’s post.

Silence Is Not Always The Best Answer, It’s Time For Me To Speak – Yul Edochie Says