Nollywood actor, Yul Edochie has finally settled his differences with his father, Pete Edochie after getting married to a second wife.

News reported that veteran actor, Pete Edochie had reacted to the controversy trailing his son, Yul Edochie, who announced the birth of his new son, with his colleague, Judy Austin, who previously had two kids from another marriage.

Pete Edochie was reportedly disappointed that his son, Yul had a child with someone else, after having four children from the legitimate wife of over 16 years, May.

The Veteran Pete Edochie had given the new wife an ultimatum, saying: “I want the whole world and Nigerians to understand that as an Igbo man, I never support my son’s actions and as a statesman, I only recognize his first wife, May as the only authenticated wife of my son, the rest is banished from entering my household” noting that marrying two wives does not confer a manly status on anyone.

Pete Edochie also lamented saying “Right from when Yul was still a child, he never listened to him. “I’m not shocked that he has a son without my knowledge. A child that doesn’t listen to his father ends up cutting his or her life span short.”

Putting aside their differences for family sake, Yul Edochie and Pete have reconciled.

Yul took to his Instagram page to share a photo of him and his father as he gushed over him.

He stated that the love he has for his father is out of this world.

He wrote, “The love I have for this man is out of this world. My man for life. The last Don. Chief Pete Edochie @peteedochie May God grant you 75 more years on earth. Making it 150yrs in total. No matter what you’re passing through, never let it weigh you down. Problem no dey finish. Once there’s life then all is well. This weekend, enjoy life beer. Drink responsibly”. 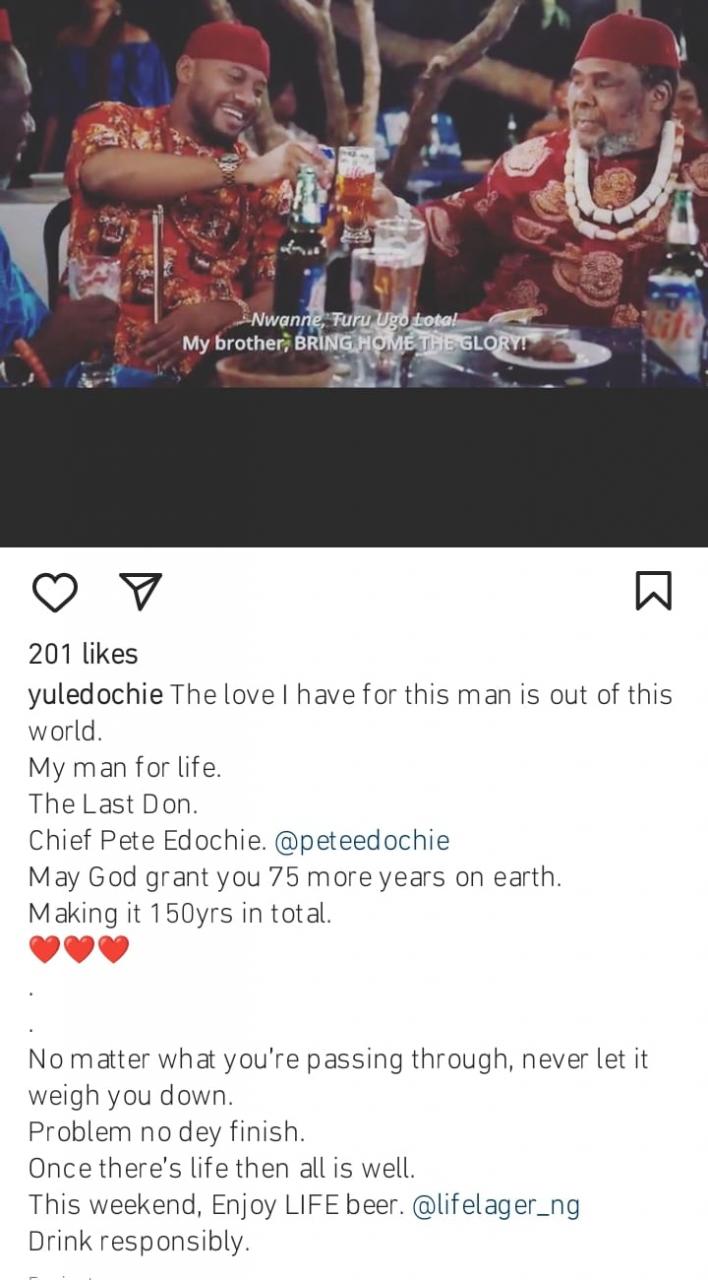