May Edochie, Nollywood actor, producer and director, Yul Edochie’s wife has reacted to the announcement made by her husband on his verified Instagram page.

Yul had confirmed the rumour making rounds that he allegedly got his colleague, Judy Austin pregnant.

Yul Edochie who is married to May Edochie with 4 lovely kids (3 boys and a girl) welcomed a bouncing baby with his colleague turned baby mama, Judith Austin in 2021.

After a popular blog called him out, he owned up and showed off his new added family.

“It’s time for the world to meet my son.
His name is STAR DIKE MUNACHIMSO YUL-EDOCHIE. Born by my second wife @judyaustin1
And I love him so much, just as much as I love my other children,” he wrote.

In a swift reaction to his post, May Edochie expressed her pains and disappointment, she wrote, “May God judge you both”. 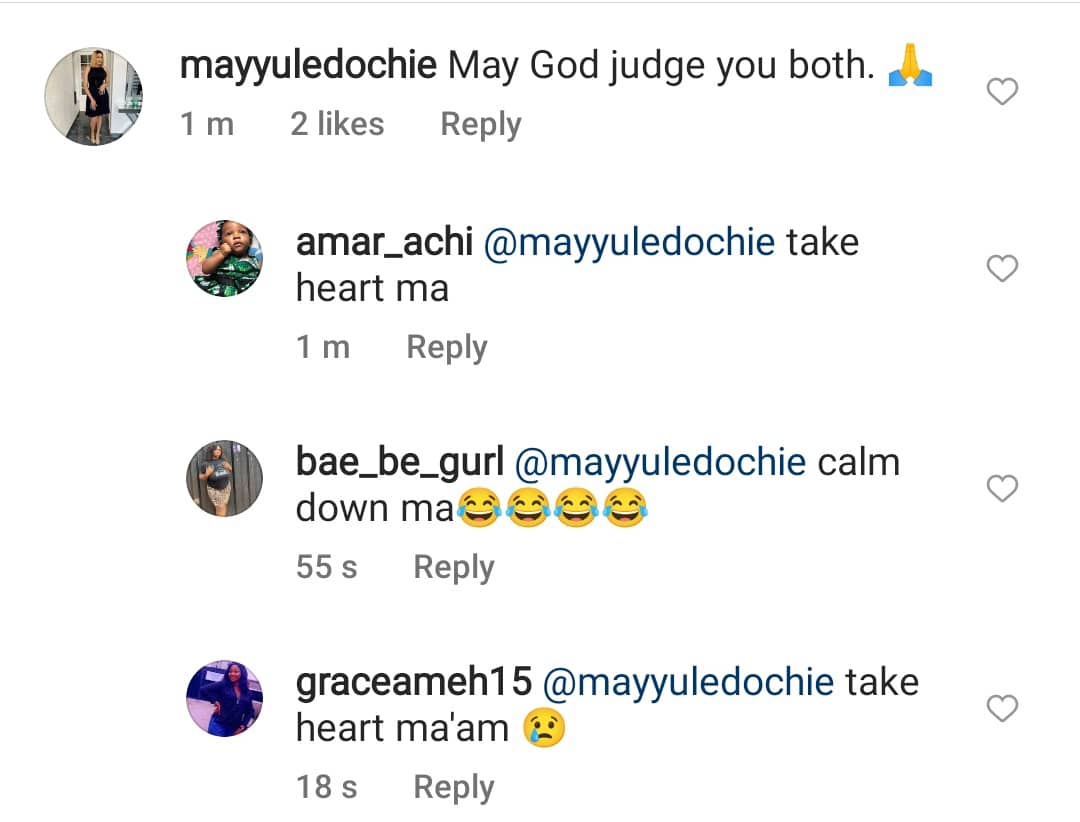 ‘You can’t choose who to fall in love with, na love go choose for you’ – Yul Edochie