Popular Nollywood actress, Adunni Adewale, who is simply known as Adunni Ade has taken to her verified Instagram account few hours ago to share a video of herself hawking walnut on the street and the video she shared has been sparking reactions from some of her followers on Instagram. 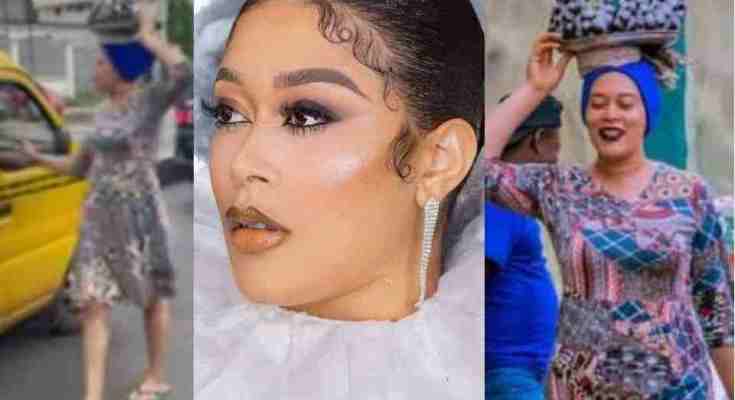 Adunni Ade is one of the most sought after Nollywood actress in Nigeria. The beautiful mother of two is known for her beauty and her exceptional acting skills. Adunni once again showcased her exceptional acting skills in a new movie she’s currently filming on a location where she was seen hawking walnut to survive on the street. And she decided to share a video from the movie she and her crew are currently filming.

Below are screenshots from the video shared by Adunni Ade Meanwhile, reactions have been pouring-in from some of Adunni’s over 2 million followers as they took to the comment section to react to her video. See their reactions below. VIDEO: Lady swears with her mother’s life to prove to her man what she had for him was not fake (WATCH)